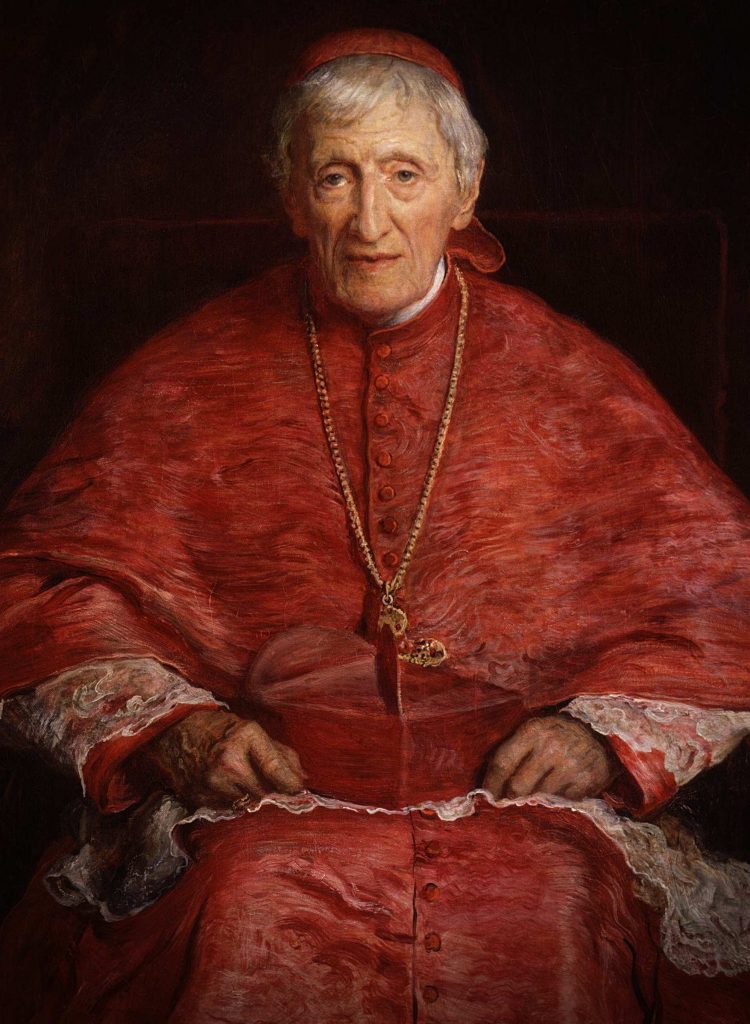 FOR a number of years, whenever I spoke publicly about the times we are living in, I would have to carefully paint a picture through the words of the popes and saints. People were simply not ready to hear from a nobody-layman like me that we are about to face the greatest struggle the Church has ever gone through—what John Paul II called “the final confrontation” of this era. Nowadays, I barely have to say anything. Most people of faith can tell, despite the good that still exists, that something has gone terribly wrong with our world.

Indeed, we are living in what is known as the “end times”—we have been “officially” since the Ascension of Christ. But that’s not what I nor the popes are referring to. Rather, we are pointing to a specific period of time when the forces of life and death will reach a climatic struggle: the “culture of life” against a “culture of death”, a “woman clothed in the sun” versus a “red dragon, the Church versus an antichurch, the Gospel versus an anti-gospel, a “beast” versus the Body of Christ. In the beginning of my ministry, people would look at me with a dismissive smirk and say, “Ya well, everybody thinks their times are the end times.” And so, I began to quote St. John Henry 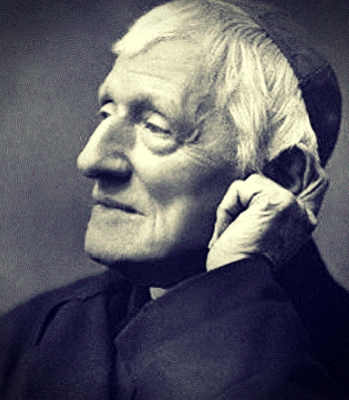 I know that all times are perilous, and that in every time serious and anxious minds, alive to the honor of God and the needs of man, are apt to consider no times so perilous as their own. At all times the enemy of souls assaults with fury the Church which is their true Mother, and at least threatens and frightens when he fails in doing mischief. And all times have their special trials which others have not… Doubtless, but still admitting this, still I think… ours has a darkness different in kind from any that has been before it. The special peril of the time before us is the spread of that plague of infidelity, that the Apostles and our Lord Himself have predicted as the worst calamity of the last times of the Church. And at least a shadow, a typical image of the last times is coming over the world. —St. John Henry Cardinal Newman (1801-1890 A.D.), sermon at opening of St. Bernard’s Seminary, October 2, 1873, The Infidelity of the Future

Where are we now in an eschatological sense? It is arguable that we are in the midst of the rebellion and that in fact a strong delusion has come upon many, many people. It is this delusion and rebellion that foreshadows what will happen next: and the man of lawlessness will be revealed. —article, Msgr. Charles Pope,“Are These the Outer Bands of a Coming Judgment?”, November 11th, 2014; blog

While it is much easier for us to make these judgments with the clarity of hindsight, St. John Newman said what 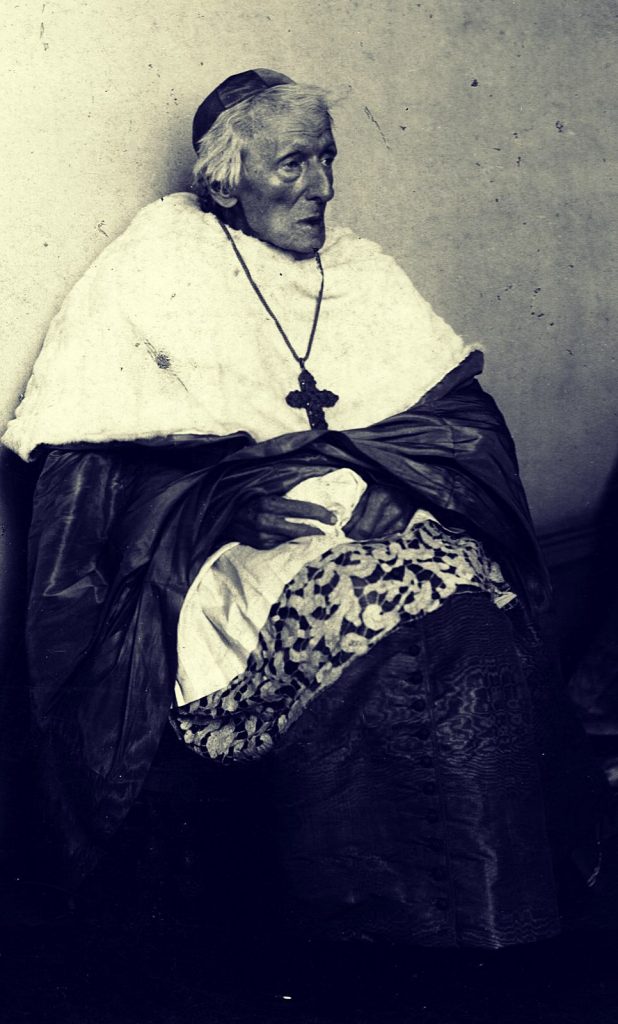 is perhaps one of the most prescient things I’ve read from a churchman. In his sermons on the Antichrist, the saint wrote:

Satan may adopt the more alarming weapons of deceit—he may hide himself—he may attempt to seduce us in little things, and so to move the Church, not all at once, but by little and little from her true position. I do believe he has done much in this way in the course of the last few centuries… It is his policy to split us up and divide us, to dislodge us gradually from our rock of strength. And if there is to be a persecution, perhaps it will be then; then, perhaps, when we are all of us in all parts of Christendom so divided, and so reduced, so full of schism, so close upon heresy. When we have cast ourselves upon the world and depend for protection upon it, and have given up our independence and our strength, then [Antichrist] will burst upon us in fury as far as God allows him. Then suddenly the Roman Empire may break up, and Antichrist appear as a persecutor, and the barbarous nations around break in. —Blessed John Henry Newman, Sermon IV: The Persecution of Antichrist

The reason his words are so startling is that Newman foresaw a time when the Church herself becomes an internal mess; a period when she will be moved from her “true position,” her “rock of strength,” and is “so full of schism” and “close upon heresy.” To his listeners in the 19th century, this might have sounded borderline heretical in itself, given that Christ promised that the “the gates of the netherworld shall not prevail against it.” [1] Moreover, the Church was such a solid beacon of truth in Newman’s time that he himself, having plunged into her roots, stated, “To be deep in history is to cease to be Protestant.”

But to be clear, Newman does not say that the Truth, perserved in Sacred Tradition, will be lost. Rather, that there will be a general period of mass confusion, worldliness, and division. He points specifically to a time when the 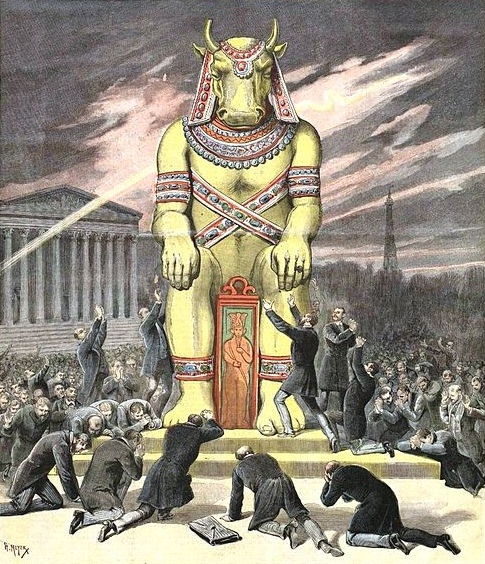 Church and her members will have “cast” themselves into the arms of the State, as it were, having given up our independence and strength. How could Newman, but for the grace of divine illumination, have seen the condition we now find ourselves in? The Church has become dependent, not upon the unconditional generosity of the faithful, but upon her “charitable status” in order to issue tax receipts so as to entice giving. This, in part, has de facto led to a silence from the clergy in order to remain “in good standing” with the government. It has turned bishops in many places into custodians of buildings rather than shepherds of the Gospel. It has moved us “little by little” from our true position and rock, which is a Church that exists, said Pope St. Paul VI, “in order to evangelize.” [2] Indeed, it’s no longer the Church building schools, hospitals, and missionary outposts, but the State and her NGO’s who spread their “good news” of “reproductive health rights” (ie. abortion, contraception, assisted suicide, etc.). In a word, our missionary fervor to “make disciples of all the nations” has all but died in many places. “Going to Mass on Sundays” or even “once a year” at a Easter or Christmas is now seemingly the fulfillment of our baptismal vows. Does anyone hear the words of Jesus thundering above our heads?

I know your works; I know that you are neither cold nor hot. I wish you were either cold or hot. So, because you are lukewarm, neither hot nor cold, I will spit you out of my mouth. For you say, ‘I am rich and affluent and have no need of anything,’ and yet do not realize that you are wretched, pitiable, poor, blind, and naked? …Those whom I love, I reprove and chastise. Be earnest, therefore, and repent. (Rev 3:15-19)

What does it mean to be “hot”? It is not a selfie on Instagram. It’s to be alive with the Gospel such that our words and witness become the living presence of Christ in the world. The Second Vatican Council was clear of every Catholic’s obligation to bear the light of Christ:

…it is not enough that the Christian people be present and be organized in a given nation, nor is it enough to carry out an apostolate by way of good example. They are organized for this purpose, they are present for this: to announce Christ to their non-Christian fellow-citizens by word and example, and to aid them toward the full reception of Christ. —Second Vatican Council, Ad Gentes, n. 15; vatican.va

But how many Catholics speak about Jesus Christ in their schools or the marketplace let alone think of this? No, “faith is a personal thing” one hears time and again. But that’s not what Jesus ever said. Rather, He commanded that His followers be “salt and light” in the world and never hide the truth beneath a bushel basket. We ought to shine at night, He said, like a city on a hill.

There is no true evangelization if the name, the teaching, the life, the promises, the kingdom and the mystery of Jesus of Nazareth, the Son of God, are not proclaimed. —POPE ST. PAUL VI, Evangelii Nuntiandi, n. 22; vatican.va

Instead of transforming society with the message of the Gospel, however, reducing one’s carbon footprint is seemingly the new mission. Being “tolerant” and “inclusive” has replaced authentic virtue and holiness. Turning off the lights, recycling, and using less plastic (as worthy as these are) have become the new sacraments. Waving rainbow flags has replaced the Banner of Christ.

What comes next? According to Newman, it is then when the State replaces the role of the Heavenly Father that even once Christian nations will find themselves (perhaps willingly) in the grip of Antichrist.

It is no longer a stretch to see see Newman’s words as possibly on the verge of fulfillment in our generation.

Antichrist in Our Times

Political Correctness and the Great Apostasy

Sleeping While the House Burns

Barbarians at the Gates

A Gospel for Everyone