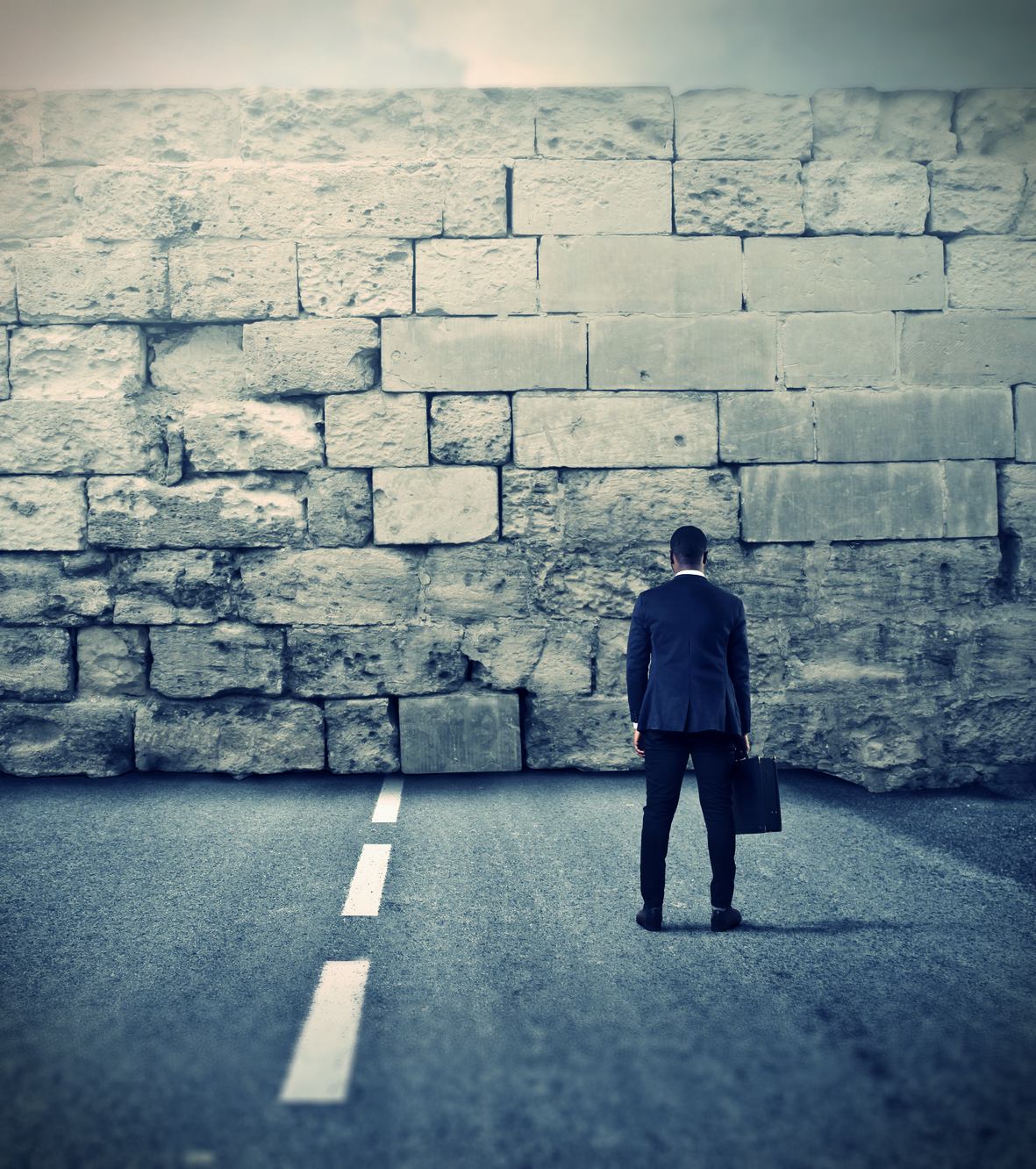 I HAD just sat down to write about the “refuge of our times” and began with these words:

The Great Storm like a hurricane that has spread across all of humanity will not cease until it has accomplished its end: the purification of the world. As such, just as in the times of Noah, God is providing an ark for His people to safeguard them and preserve a “remnant.” With love and urgency, I beg my readers to waste no more time and begin climbing the steps into the refuge God has provided…

At that moment, an email came in. Now, I am paying attention to these things lately because—and I’m not exaggerating—for a straight month now, the Lord is confirming everything, within seconds sometimes, of what I’m writing or even thinking. Such was the case again. The email said:

Last night, I was putting some books away, including my bible. I opened the bible to a random page in order to put a bookmark in it to use for later. As I went to close it, I suddenly stopped. I felt prompted to read something on the pages I’d opened up to. I thought I might be imagining it, but there’s no harm in reading the bible, right? So, I stared at the open pages in front of me, wondering what it was I was supposed to be reading, when a chapter title jumped out at me: THE END HAS COME. And as I started reading the chapter (Ezekiel Ch. 7), my jaw dropped. I felt the warmth of the Holy Spirit throughout my body as I read. This chapter truly echoes the words you’ve been writing about what’s happening in the world today. Here are the first few verses that grabbed my attention:

THE END HAS COME

The word of the Lord came to me: Son of man, now say: Thus says the Lord God to the land of Israel: An end! The end comes upon the four corners of the land! Now the end is upon you; I will unleash my anger against you, judge you according to your ways, and hold against you all your abominations. My eye will not spare you, nor will I have pity; but I will hold your conduct against you, since your abominations remain within you; then shall you know that I am the Lord…

The chapter also talks of violence, disease, and hunger [see The Labor Pains], and the sense of urgency throughout it is tangible. I’m no theologian or scripture scholar or prophet, but to me this was confirmation from the Lord that what you’ve been writing about COVID-19 being the beginning of hard labor, is true. Not that I didn’t believe you, but since you’re human, it’s easy to tell myself that perhaps it’s not quite as urgent as it seems and to say, “Maybe this isn’t quite the end yet. Maybe this will pass and it’ll be a few years before anything else happens. Maybe I still have time.” To me, reading this chapter was a sign that this IS it, that the end of this era IS imminent, and that there isn’t time to waste anymore.

WHY IT IS THE BEGINNING OF THE END…
When a pregnant mother’s water breaks, she packs her bag, goes to the hospital, and does not return home until she has her baby in her arms. So too, with COVID-19, the waters of tribulation have broken upon the Church and the world, and the labor pains will not end until the birth of a new era. But why? The answer is straight forward:
Because “abominations remain with you.” 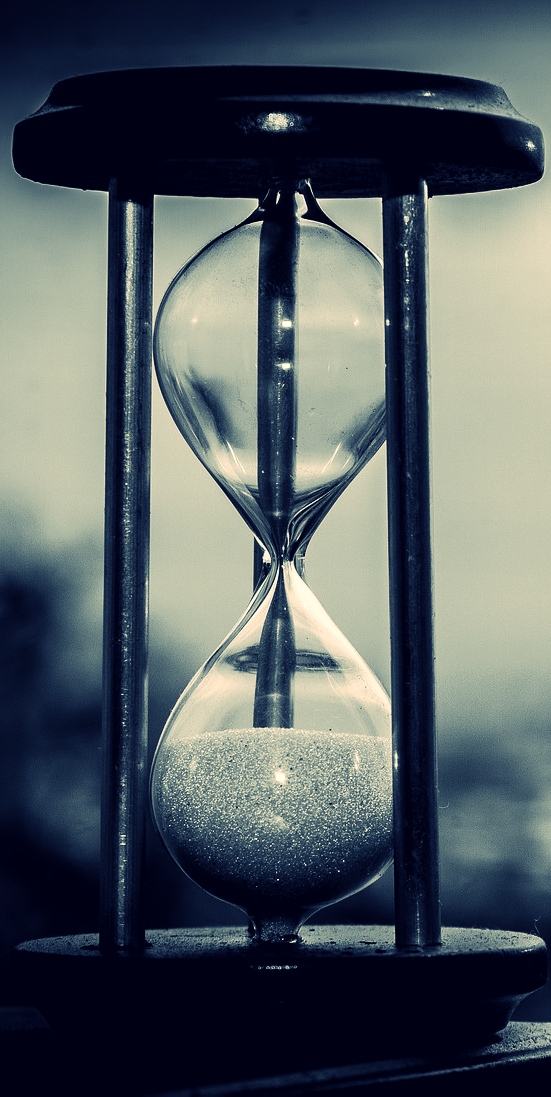 To my friends south of the border: America will never be “great again” so long as it continues to abort a million babies every year. My country, Canada, and Europe will never know true peace again for the same reason. The entire Western World continues to spill the blood of the innocent. I have been following news headlines around the world only to find that, while churches have closed, abortion facilities have remained open because they are considered an “essential service.” Yet, almost no one, including churchmen, is saying a word.
Your abominations remain within you.
It is curious how the Western World has raced to shutter their economies and place their populations under a near police-state—all to save the most vulnerable, namely the elderly. How is it that, just a few months ago, these same nations were encouraging the euthanization of the elderly because they are a “financial burden” to the health care system?
Your abominations remain within you.
Pope Benedict did not hesitate to warn the West that, unless we turned from these crimes, we would face judgment:

The threat of judgment also concerns us, the Church in Europe, Europe and the West in general… the Lord is also crying out to our ears… “If you do not repent I will come to you and remove your lampstand from its place.” Light can also be taken away from us and we do well to let this warning ring out with its full seriousness in our hearts, while crying to the Lord: “Help us to repent!” —Opening Homily, Synod of Bishops, October 2nd, 2005, Rome

That was fifteen years ago. Since then, Western countries not only ignored the pope but went on to promote birth control, population reduction, the redefinition of marriage, “gender ideology”—and make foreign aid to Third World countries contingent upon them doing the same.
Your abominations remain within you.
Many factions of the Church have not only remained largely silent and complacent about all this, but in some places, have even begun to insist that Catholicism change to meet the “complex” situations of our times. St. Anthony of the Desert (251 – 356 A.D.) saw this coming:

Men will surrender to the spirit of the age. They will say that if they had lived in our day, Faith would be simple and easy. But in their day, they will say, things are complex; the Church must be brought up to date and made meaningful to the day’s problems. When the Church and the world are one, then those days are at hand because our Divine Master placed a barrier between His things and the things of the world. —catholicprophecy.org

Abortion is a clear-cut evil…  People argued for both sides about slavery, racism and genocide too, but that did not make them complex and difficult issues. Moral issues are always terribly complex, said Chesterton — for someone without principles. —Dr. Peter Kreeft, Human Personhood Begins at Conception, www.catholiceducation.org

Your abominations remain within you.

St. Nilus lived around 400 A.D and foretold with stunning accuracy what would occur around the time the United Nations would be formed (1945), that organization that would begin to push a godless “new world order” and one world religion:

appearances will change, and it will be impossible to distinguish men from women due to their shamelessness in dress and style of hair… There will be no respect for parents and elders, love will disappear, and Christian pastors, bishops, and priests will become vain men, completely failing to distinguish the right-hand way from the left. At that time the morals and traditions of Christians and of the Church will change… —The whole prophecy can be read here.

Your abominations remain within you.
The Western edifice that once spread Christianity has all but collapsed; the Church is trembling under the weight of sexual, financial, and doctrinal scandals; Asia is becoming increasingly pagan led by the rise of Communist China; and Jihadists are razing Christianity to the ground in the Middle East. And that, dear reader, is why we are at the end of an era.

Whoever attacks human life, in some way attacks God himself. —POPE ST. JOHN PAUL II, Evangelium Vitae; n. 10
[Abortion] is the greatest war that has ever been waged upon humanity. —Jesus to Jennifer, January 21st, 2010; wordsfromjesus.com

But it’s also the reason that Satan is now panicking: the Triumph of the Immaculate Heart of Mary is also near and the coming reign of Jesus Christ in His Kingdom.

…the “triumph” [draws] closer. This is equivalent in meaning to our praying for the coming of God’s Kingdom. —POPE BENEDICT XIV, Light of the World, p. 166, A Conversation With Peter Seewald (Ignatius Press)

These hard labor pains, then, are not so much a sign of the end, but of a new beginning… a new era. So, do not be anxious (but don’t fall asleep in between labor pains!) Trust that God will sustain and protect you in these times and that He has indeed provided an ark to carry His people through the Great Storm.

With that, I continue my writing on the Refuge of Our Times. As you were…

Bless you and thank you.