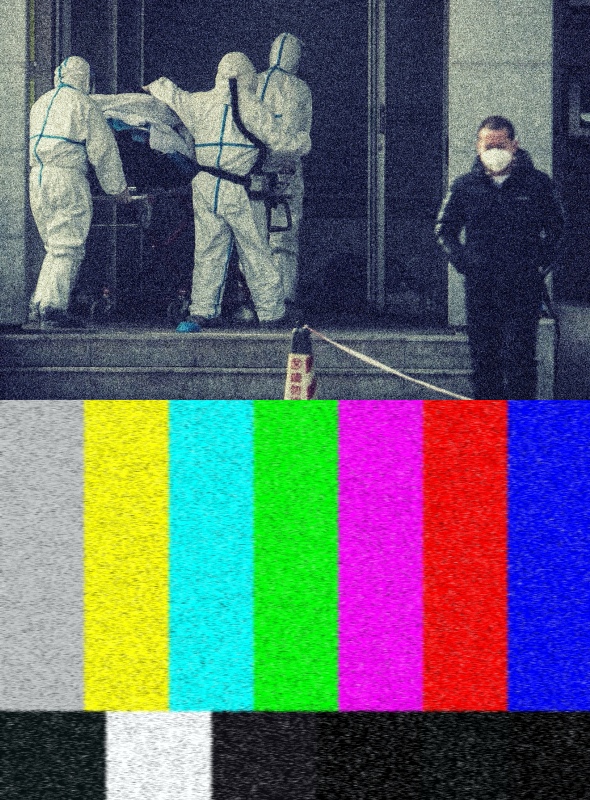 ON the verge of a global pandemic? A massive locust plague and food crisis in the Horn of Africa? A global economy on the precipice of collapse? Plummeting insect numbers threatening the ‘collapse of nature’? The nations on the verge of another terrible war? Socialist parties rising in once democratic countries? Totalitarian left-wingers continuing to crush freedom of speech and religion? The Church, reeling from scandal and encroaching heresies, on the verge of schism?

To be honest, these headlines aren’t what disturbs me. It’s that our generation cannot interpret the “signs of the times.” It’s like those news stories we’ve heard of large women who did not realize they were pregnant, did not feel or comprehend the baby’s kicks, and thus, did not recognize what the labor pains were… until, like “a thief in the night,” they unexpectedly gave birth in a public bathroom stall. So too, our generation has slowly progressed to the point of the hard labor pains. Yet, we are almost completely oblivious to key markers, signposts, and symptoms; we are stuck in denial and apathy, lulled to sleep by a false sense of security, comfort, easy credit and banal entertainments. We continue to ignore the prophetic voices that tell the truth of our reality, that seek to prepare us for the inevitable. But in our stubbornness and pride, we cry out: “I’m not pregnant! I’m just gaining weight like everyone else! Mind your own business. Stop fear-mongering. Stop making me anxious. My life is not going to change. Go away!”

Within just two generations, the world has experienced the most heart-wrenching and obvious signs: two world wars, genocides, an explosion of diseases, skyrocketing suicide rates, broken families and marriages, an epidemic

of sexually transmitted diseases, an unspeakable death toll from abortion, and now, the complete overturning of natural law and the moral order. The more science and technology “advance”, the less civilized we are becoming. This generation is not on a trajectory of order and peace, but disorder and death. Just as labor pains are the natural end of pregnancy, so too, the kind of destruction we are seeing in nature and society are the natural end of mortal sin.

For the wages of sin is death, but the gift of God is eternal life in Christ Jesus our Lord. (Romans 6:23)

It would indeed be a cause for depression and despair if God did not exist. The hopeless wails of the Greta Thunberg’s of the world would be justified. The deliberate introduction of biological weapons, harmful pharmaceuticals, destructive vaccines, deliberate poisoning of the food supply, and the primary tools of eugenics: abortion, contraception and forced sterilization—all in order to reduce the world’s population—would sound reasonable to the one who follows through the “logic” of Darwinism and Evolution. If there are no moral absolutes, why wouldn’t the strong eliminate the weak?

There are some reports, for example, that some countries have been trying to construct something like an Ebola Virus, and that would be a very dangerous phenomenon, to say the least… some scientists in their laboratories [are] trying to devise certain types of pathogens that would be ethnic specific so that they could just eliminate certain ethnic groups and races; and others are designing some sort of engineering, some sort of insects that can destroy specific crops. Others are engaging even in an eco-type of terrorism whereby they can alter the climate, set off earthquakes, volcanoes remotely through the use of electromagnetic waves. —Secretary of Defense, William S. Cohen, April 28, 1997, 8:45 AM EDT, Department of Defense; see www.defense.gov

If there is no God, then the international network of “secret societies” (Freemasonry), the so-called “deep state” behind these seemingly nefarious instruments of death, would seem like brilliant strategists as they seek to bring humanity to a higher consciousness and the planet to a point of “sustainable development.” Then, according to their agenda, the genderless enlightened survivors could inaugurate an Age of Aquarius, a world of “true” peace and harmony. If we are merely advanced random particles of matter; if humans are but meaningless molecules on top of the food chain, then why shouldn’t the “law of the strong” prevail?

But if God exists, then these acts are intrinsically evil. If God exists, then that means He created us. And if He created us, then He established an order. And if we humans wish to survive—no, thrive—then we must return to that order. And that is why God has sent us thousands of unmistakable signs, miracles, and souls to testify that indeed “God exists.” That is why God has sent the Virgin Mary in over 2000 reported apparitions all over the world in the past two centuries—to call us back to Jesus, the Savior of mankind. That is why God has put my career and dreams on hold and called me, among others, to be watchmen who announce—not so much the inevitable destruction that man has prepared for himself—but the new birth that follows.

For you yourselves know very well that the day of the Lord will come like a thief at night. When people are saying, “Peace and security,” then sudden disaster comes upon them, like labor pains upon a pregnant woman, and they will not escape. (1 Thess 5:2-3)

Jesus spoke of a future period where the world, nations, and peoples would be torn apart by intense divisions; that there would be unusual earthquake activity, large famines, and plagues from place to place that would thrust the planet into unparalleled tribulation. These would be “the beginning of the labor pains.” [1] Then, after the hard labor of a universal persecution by an antichrist (ie. the Church’s Passion), there would be born a true “era of peace” in which the remaining inhabitants would declare in thunderous joy and song: “God exists!”

Years ago, the Lord spoke clearly in my heart that a Great Storm like a hurricane was coming upon the earth. To my astonishment, I only stumbled upon this bible text just the other day:

Look, the Lord’s hurricane, his wrath, bursts out, a fearsome hurricane, to burst on the heads of the wicked. The Lord’s wrath will not turn back until he has done and achieved his purpose. In the final days, you will understand this clearly. (Jeremiah 23:19-20; The Revised New Jerusalem Bible, Study Edition [Henry Wansbrough, Random House])

Well, this is the time to “understand” that what is unfolding now is “not a test.” That we are at the end of an era and truly entering into the labor pains that Jesus described in order that the Gospel may, at last, prevail to the ends of the earth.

What is the point of saying all this? As Christians, we often say, “Unless the world repents, we are headed for disaster.” But look, the “world” doesn’t repent; individuals repent. Thus, this article today is not addressed to an abstract group but to you who are reading this. This is to say that, if you haven’t, it is time to prepare for the labor pains at hand. The greatest, most important preparation is that you are in a “state of grace.” This means foremost that you are not living in mortal sin, and if you are, to turn away from it, go to Confession, and objectively place yourself again in God’s free gift of mercy and

salvation: ie. a “state of grace.”

Brothers and sisters, I have rarely spoken in the following terms because few can process it: events are here and coming upon this world that will literally come like a “thief in the night” catching some literally by surprise. Millions will be gone from one moment to the next in the “blink of an eye” — and I’m not speaking here of the false teaching of a “pre-tribulation rapture.” If you want to understand this in the context of God’s love, read Mercy in Chaos. Or consider this exchange of St. John Paul II with some German pilgrims:

If there is a message in which it is said that the oceans will flood entire sections of the earth; that, from one moment to the other, millions of people will perish . . . there is no longer any point in really wanting to publish this secret message [ie. the “third secret of Fatima”]. Many want to know merely out of curiosity, or because of their taste for sensationalism, but they forget that “to know” implies for them a responsibility. It is dangerous to want to satisfy one’s curiosity only, if one is convinced that we can do nothing against a catastrophe that has been predicted…. (At this point the Holy Father took hold of his Rosary and said:) Here is the remedy against all evil! Pray, pray and ask for nothing else. Put everything in the hands of the Mother of God!” —Fr. Regis Scanlon, Flood and Fire, ewtn.com

Yes, this is the second thing you and I must personally do aside from putting our spiritual lives in order: take “responsibility” for what is happening by assuming our dignity as part of the royal priesthood of Christ, and engage in fasting, prayer, intercession and reparation. The last word is not evil; the last say is not that of the wicked. Every bead you thumb, every word you pray, every act of intercession and little sacrifice you offer is one more victory, one more soul, one more defeat over Satan. Neither the labor pains nor the new birth that are coming can be averted now; but the loss of individual souls can. That’s where the battlefield lies.

The words of many seers appear to be coming true and are on the verge of being fulfilled. The corruption has run too deep; nearly every public institution is rotten to the foundations for the reason that people have behaved as if God does not exist.

If foundations are destroyed, what can the just one do? (Psalm 11:3)

A cosmic surgery is needed. A divine purification. Understand, it is not only because God exists, but because God is love that these days are upon us:

If God turns nations’ poisonous joys into bitterness, if He corrupts their pleasures, and if He scatters thorns along the path of their riot, the reason is that He loves them still. And this is the holy cruelty of the Physician, who, in extreme cases of sickness, makes us take most bitter and most horrible medicines. The greatest mercy of God is not to let those nations remain in peace with each other who are not at peace with Him. —St. Pio of Pietrelcina, My Daily Catholic Bible, p. 1482

Are you ready? This is not a test.