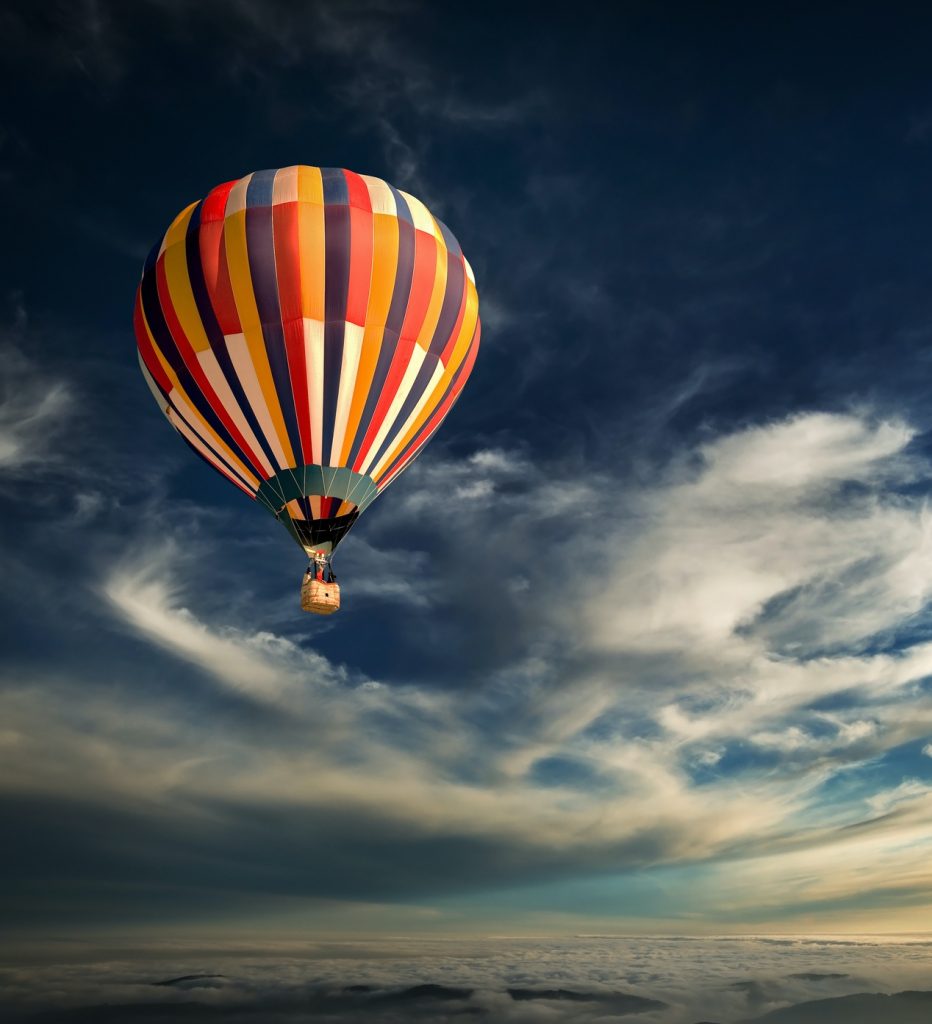 YOU may not realize it, but what God has been doing in your heart and mine of late through all the trials, temptations, and now His personal request to smash your idols once and for all—is a test. The Test is the means by which God not only measures our sincerity but prepares us for the Gift of living in the Divine Will.

Before I explain this, I want to assure you again of God’s mercy—that even if you have failed the test thus far, it is not too late. As Jesus said to St. Faustina:

If you do not succeed in taking advantage of an opportunity, do not lose your peace, but humble yourself profoundly before Me and, with great trust, immerse yourself completely in My mercy. In this way, you gain more than you have lost, because more favor is granted to a humble soul than the soul itself asks for…  —Jesus to St. Faustina, Divine Mercy in My Soul, Diary, n. 1361

By humbling yourself in the truth of who you are, and who you aren’t, you have the opportunity to gain even more than what was lost up until the present moment. Believe me, even the angels are astounded by the generosity of the Father, who renews His mercies each and every day.

The steadfast love of the Lord never ceases, his mercies never come to an end; they are new every morning; great is thy faithfulness. (Lam 3:22-23)

All that said, I want to tell you in all seriousness: time is of the essence. Events are beginning over the whole earth that will precipitate The Great Shaking of consciences. Now, you can either be on the side of those stumbling in 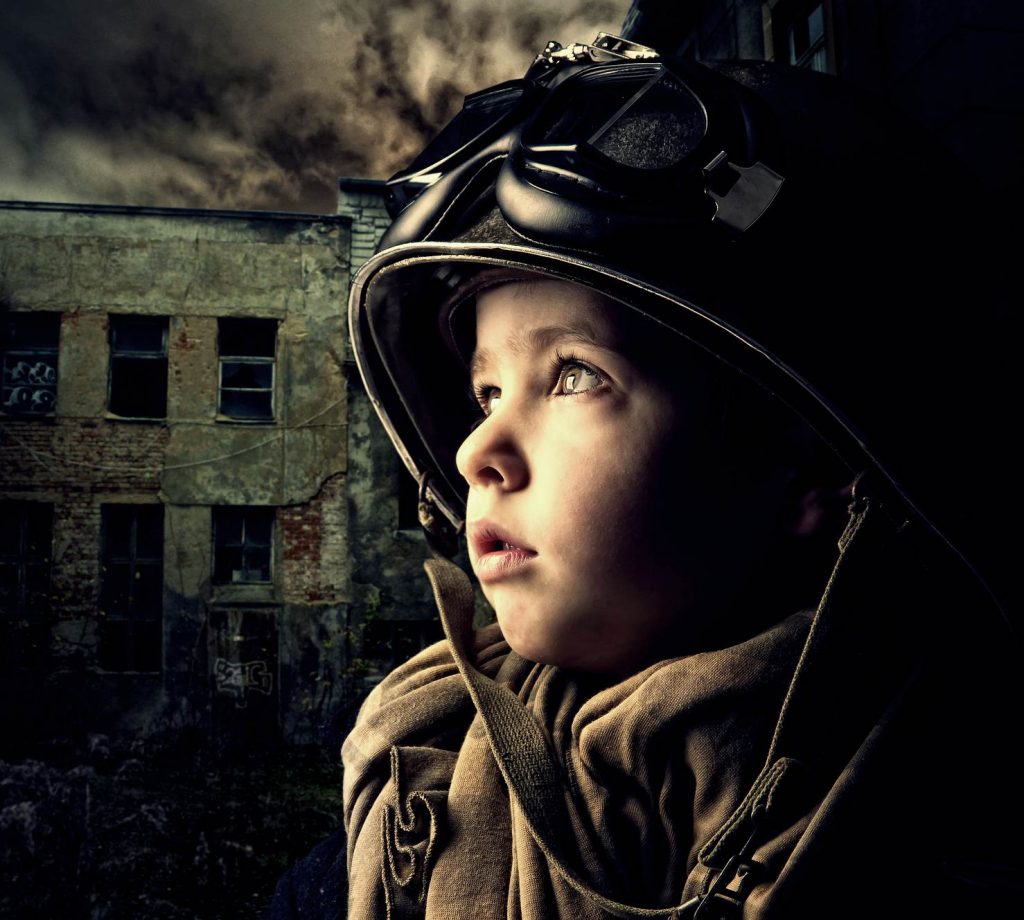 the darkness or on the side of those helping others through it—the latter constituting Our Lady’s Little Rabble. If you wish to be a member of the New Gideon’s little army, then what is needed right now is a sincere and resolute break with your past sins, including those inordinate attachments to even naturally good things that are creating Voids of Love.

But joining Our Lady’s Little Rabble is only a secondary mission. The primary reason for emptying yourself entirely of every fragment of your human will is so that you can receive the Gift of Living in the Divine Will. This is no small thing; it is not another devotion; it’s not another movement among movements in the Catholic Church. It is the Grace of graces to clothe the surviving Church on earth in the Wedding Garment of Purity so as to make her a suitable Bride for the Return of Jesus in Glory at the end of time.

It was this awareness of the “signs of the times” that led St. John XXIII to declare a coming “era of peace” that would, in fact, facilitate this coming “new and divine holiness”:

The task of humble Pope John is to “prepare for the Lord a perfect people,” which is exactly like the task of the Baptist, who is his patron and from whom he takes his name. And it is not possible to imagine a higher and more precious perfection than that of the triumph of Christian peace, which is peace at heart, peace in the social order, in life, in wellbeing, in mutual respect, and in the brotherhood of nations. —POPE ST. JOHN XXIII, True Christian Peace, December 23rd, 1959; www.catholicculture.org

I have written and recorded a Forty Day Lenten Retreat on breaking free from attachments. I want to remind you again of the image I used of a hot air balloon.

Even if a balloon is filled with hot air and has begun its descent into the heavens, it cannot leave the earth if even 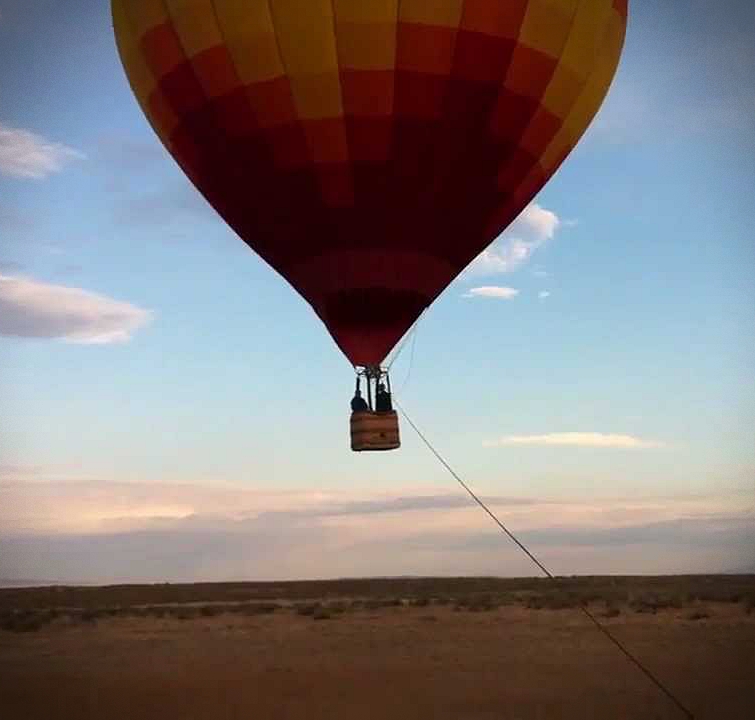 one tether is attached to it. So it is with you and I: if we cling to even one act of our human will that is contrary to God’s will, we are prevented from soaring toward the perfection for which we are made. Yes, for which we are made! We think that freedom is doing what we please on earth. But true freedom consists in loving God with one’s whole heart, mind, soul and strength, and thus, our neighbour as ourself. It’s only in this total sacrifice of one’s own will that we actually find ourselves. Ah, indeed, the cross is foolishness to the world, but for us who believe, it is “the power of God and the wisdom of God.” [1]

Now, it can be frightening to abandon those rope tethers and soar above the clouds, helpless before the will of the wind as the earth disappears from sight.

The wind blows where it wills, and you hear the sound of it, but you do not know whence it comes or whither it goes; so it is with every one who is born of the Spirit. (John 3:8)

So too, to let go of the tethers of false security to you which you have been clinging (alcohol, pornography, tobacco, wasted time on the internet, selfish assertions of your wants and desires, etc.) can feel frightening as you begin to soar above the Clouds of Unknowing, carried by the Holy Spirit into the stratus of the Divine Will. You may feel a deep sense of grief and loss and question whether you are doing the right thing. You may want to return to “earth,” to those temporal feelings of pleasure and comfort that you knew.

But that, my dear friend, is part of the test.

In The Great Forerunner, we read how St. Faustina cut the tethers of her will in a decisive act. Only then did she begin to receive the Gift of Living in the Divine Will. Now, many of you are thinking, fine, but she’s a saint. I’m sorry, you’re wrong. She didn’t get her halo until she was in Heaven. Just the day before, she was recalling her misery, particularly when one of the older nuns had ruthlessly berated her:

“Get it out of your head, Sister, that the Lord Jesus might be communing in such an intimate way with such a miserable bundle of imperfections as you! Bear in mind that it is only with holy souls that the Lord Jesus communes in this way!” I acknowledged that she was right, because I am indeed a wretched person, but still I trust in God’s mercy. When I met the Lord I humbled myself and said, “Jesus, it seems that You do not associate intimately with such wretched people as I.” Be at peace, My daughter, it is precisely through such misery that I want to show the power of My mercy.” —St. Faustina, Divine Mercy in My Soul, Diary, n. 134

After this recollection, Jesus came to St. Faustina to ask of her the total sacrifice of her will. It was The Test.

O my Jesus, You have tested me so many times in this short life of mine! I have come to understand so many things, and even such that now amaze me. Oh, how good it is to abandon oneself totally to God and to give Him full freedom to act in one’s soul!

Faustina then revealed how freedom is central to The Test. It’s not a matter of forfeiting one’s salvation, but the eternal merits one would otherwise receive.

…the Lord gave me to understand that I should offer myself to Him so that He could do with me as He pleased. I was to remain standing before Him as a victim offering. At first, I was quite frightened, as I felt myself to be so utterly miserable and knew very well that this was the case. I 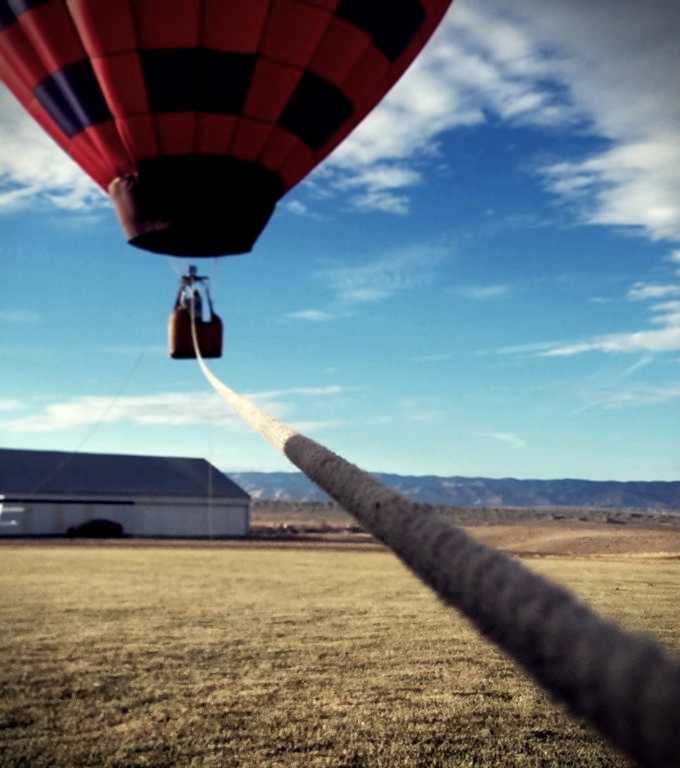 answered the Lord once again, “I am misery itself…” Jesus made it known to me that, even if I did not give my consent to this, I could still be saved; and He would not lessen His graces, but would still continue to have the same intimate relationship with me, so that even if I did not consent to make this sacrifice, God’s generosity would not lessen thereby. And the Lord gave me to know that the whole mystery depended on me, on my free consent to the sacrifice given with full use of my faculties. In this free and conscious act lies the whole power and value before His Majesty. Even if none of these things for which I offered myself would ever happen to me, before the Lord everything was as though it had already been consummated. At that moment, I realized I was entering into communion with the incomprehensible Majesty. I felt that God was waiting for my word, for my consent.—Divine Mercy in My Soul, Diary, n. 134-136

What many of you may not realize is that even the Blessed Mother, who is our prototype, was tested in this way, even though she was without sin. The Trinity rejoiced in her innocence and perfection, and yet, she had more to receive and more to give. The Test, then, came when the Angel Gabriel proposed that she would bear God-Incarnate in her womb (if she consented with her fiat). Our Lady explains the reason for this test: 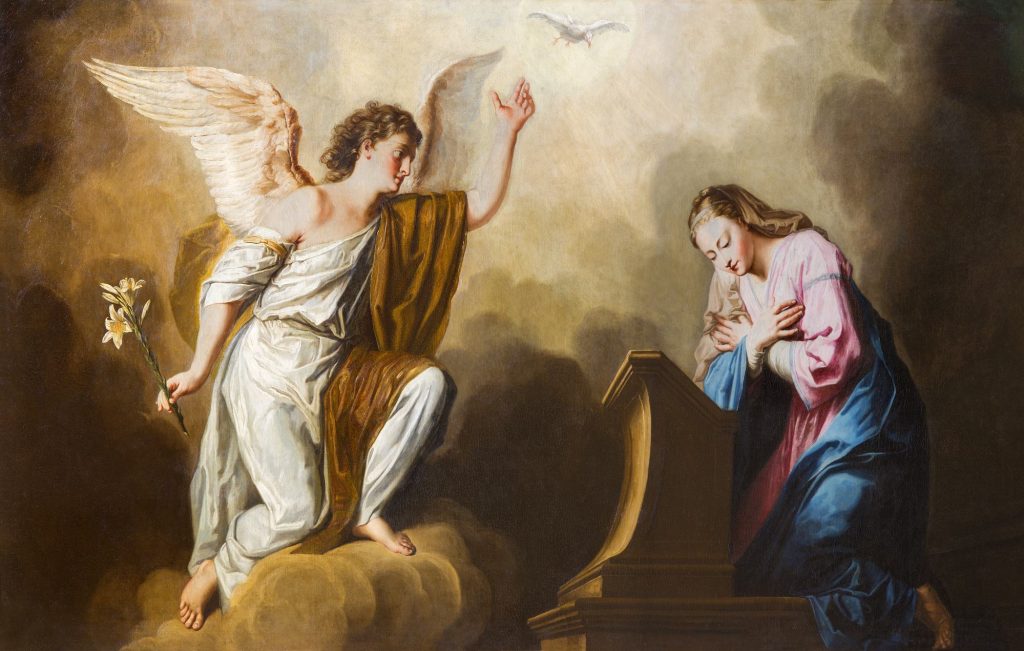 While there was complete rejoicing and festivity between us, I saw that [the Trinity] could not trust me if they hadn’t proof of my fidelity [through a test.] My child, the test is a flag of victory; the test [disposes for the soul] all the blessings that God wants to give us [and holds for us] in safekeeping; the test matures and disposes the soul to obtain the greatest conquests. I too saw the necessity of a test—in exchange for the many seas of grace God had given me, I wanted to offer proof [of my love] to my Creator with an act of loyalty that would cost me the sacrifice of my entire life. How beautiful it is to be able to say: “You have loved me, and I have loved You!” But without a test, this can never be said. —Our Lady to Luisa Piccarreta, The Virgin Mary in the Kingdom of the Divine Will, Third Edition (with translation by Rev. Joseph Iannuzzi); Nihil Obstat and Imprimatur, Msgr. Francis M. della Cueva S. M., delegate of the Archbishop of Trani, Italy; from Divine Will Prayer Book, p. 100

Have you noticed the common word above? Sacrifice. Yes, the cross is not a mattress but rough-hewn wood. This renunciation of the will costs us. But here is the secret: the Cross is also a marital bed. When we surrender 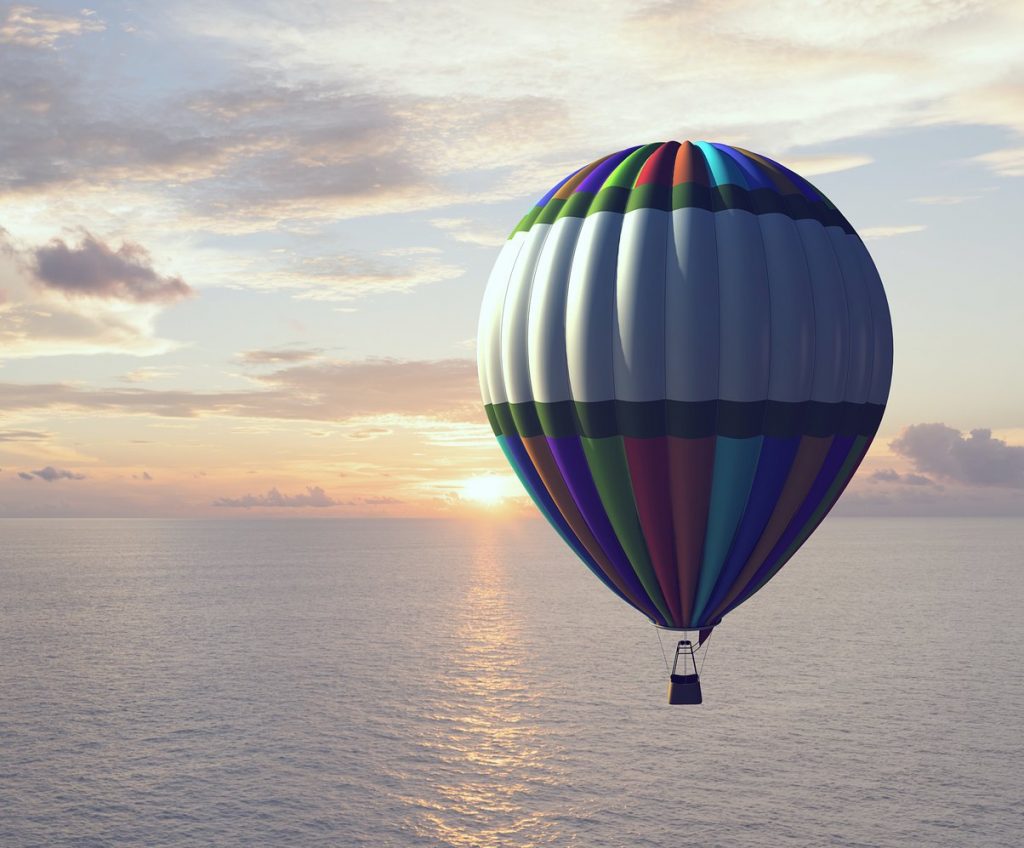 ourselves to the Divine Will through the sacrifice of our own, we, in turn, receive the seed of the Word within our hearts, which begets eternal life.

The Test, then, is not a dark and gloomy path; it is the very emptying that prepares us to be filled with light and joy. It is the cutting of ties with the flesh so that the spirit can soar into the heavens. It is the renunciation of the human will so as to receive the Divine Will in which lies “every spiritual blessing in the heavens.” [2]