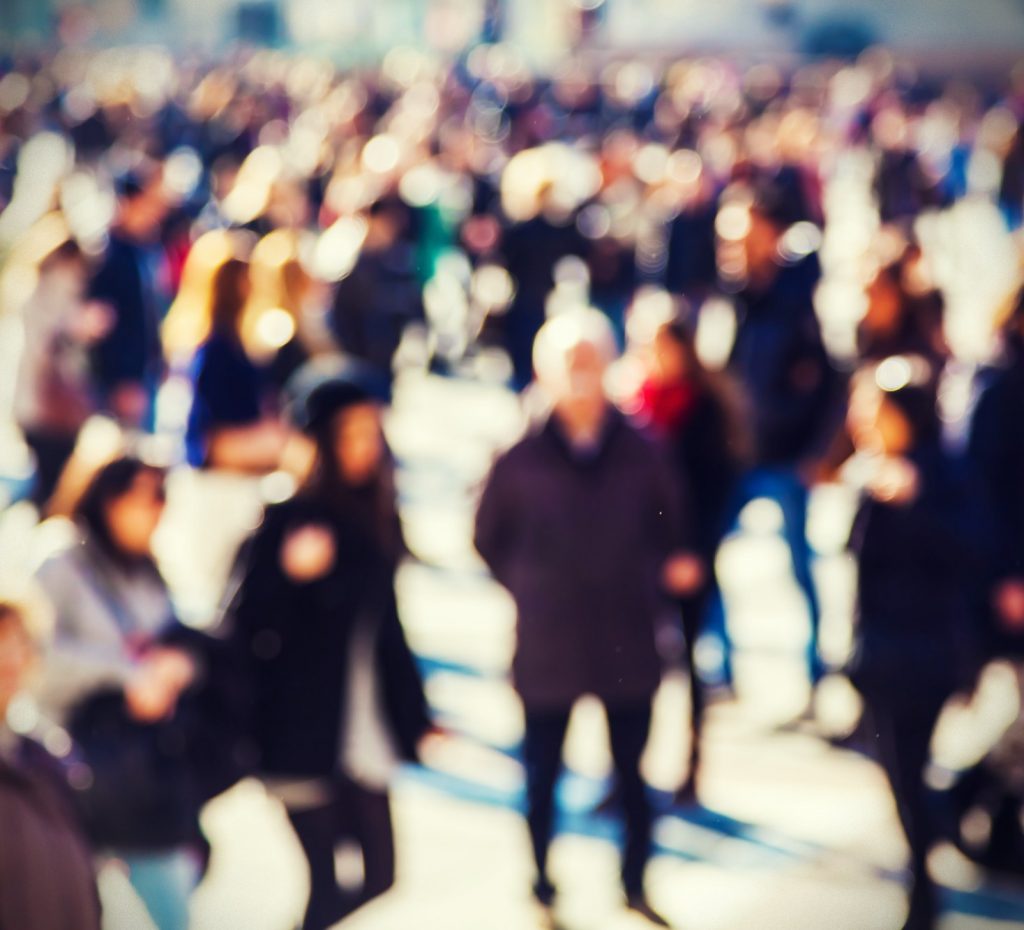 “WHAT about those who are not Catholic or who are neither baptized nor have heard the Gospel? Are they lost and damned to Hell?” That’s a serious and important question that deserves a serious and truthful answer.

In Part I, it is clear that salvation comes to those who repent from sin and follow the Gospel. The doorway, so to speak, is the Sacrament of Baptism through which a person is cleansed of all sin and regenerated into the Body of Christ. In case someone thinks this is a medieval invention, listen to Christ’s own commands:

Whoever believes and is baptized will be saved; whoever does not believe will be condemned (Mark 16:16). Amen, amen, I say to you, no one can enter the kingdom of God without being born of water and Spirit. (John 3:5) 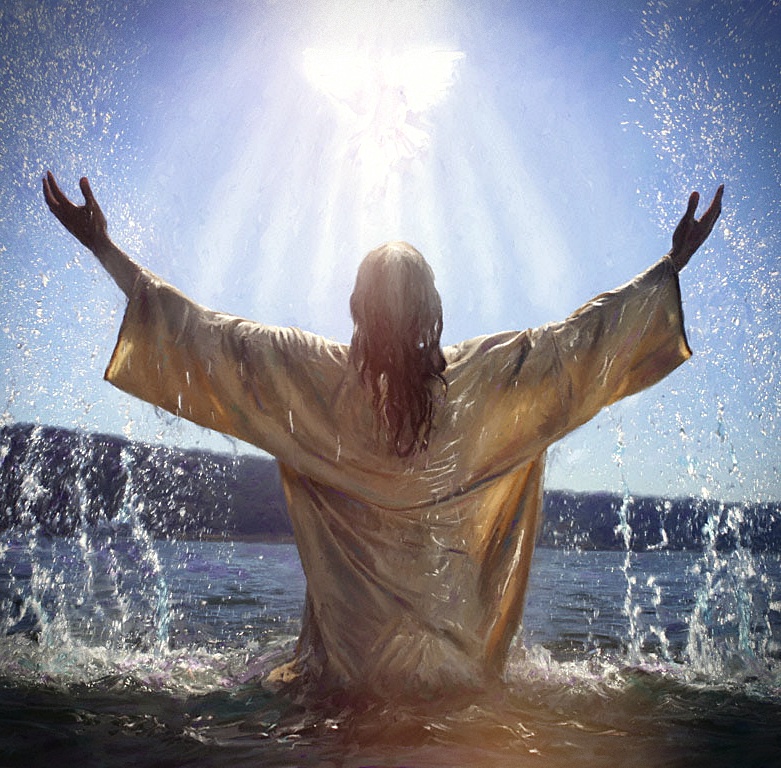 Admittedly, to an outsider today, Baptism must appear as a lovely “thing we do” that results in a nice family picture and a good brunch afterwards. But understand, Jesus was so serious that this Sacrament would become a visible, effective, and necessary sign of His saving action, that He did three things to underscore it:

• water and blood gushed forth from His Heart as a sign and source of the sacraments; (John 19:34) and

• He commanded the Apostles to: “Go, therefore, and make disciples of all nations, baptizing them in the name of the Father, and of the Son, and of the Holy Spirit…”(Matthew 28:19)

This is why the Church Fathers often said, “Outside of the Church, there is no salvation,” for it is through the Church that the sacraments, willed by Christ, are accessed and administered:

Basing itself on Scripture and Tradition, the Council teaches that the Church, a pilgrim now on earth, is necessary for salvation: the one Christ is the mediator and the way of salvation; he is present to us in his body which is the Church. He himself explicitly asserted the necessity of faith and Baptism, and thereby affirmed at the same time the necessity of the Church which men enter through Baptism as through a door. Hence they could not be saved who, knowing that the Catholic Church was founded as necessary by God through Christ, would refuse either to enter it or to remain in it. —Catechism of the Catholic Church, n. 846

The Church Fathers were clear that one who deliberately rejects the Catholic Church has placed their salvation in jeopardy, for it is Christ who established the Church as the “sacrament of salvation.”[1] But the Catechism adds:

…one cannot charge with the sin of the separation those who at present are born into these communities [that resulted from such separation] and in them are brought up in the faith of Christ, and the Catholic Church accepts them with respect and affection as brothers… —Catechism of the Catholic Church, 818

What makes us brethren? 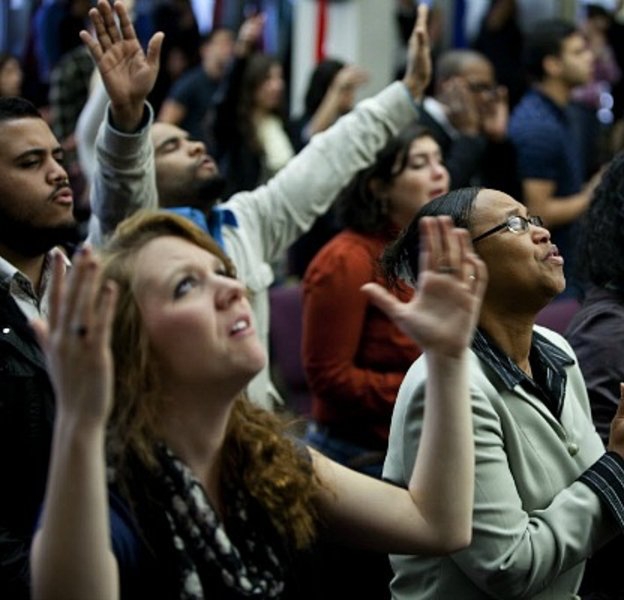 This does not, however, mean that we can or should accept the status quo. Division among Christians is a scandal. It prevents us from realizing our “catholicity” as a universal Church. Those separated from Catholicism suffer, whether they realize it or not, the deprivation of grace for the emotional, bodily and spiritual healing that comes through the sacraments of Confession and the Eucharist. Disunity hampers our witness to unbelievers who often see sharp differences, disagreements and prejudices between us.

So while we can say that those who are baptized and profess Jesus as Lord are indeed our brothers and sisters and are on the path of salvation, this does not mean that our divisions are helping to save the rest of the world. Sadly, it’s quite the opposite. For Jesus said, “This is how all will know that you are my disciples, if you have love for one another.” [2]

So, what of the person born in a jungle who, from birth to death, has never heard of Jesus?  Or the person in a city raised by pagan parents who has never been presented the Gospel? Are these unbaptized hopelessly damned?

Where can I go from your spirit? From your presence, where can I flee? (Psalms 139:7)

God is everywhere. His presence is not only within a Tabernacle or among the Christian community where “two or three are gathered” in His name,[3] but extends throughout the universe. And this Divine Presence, says St. Paul, can be perceived not only within the heart but by human reason:

For what can be known about God is evident to them, because God made it evident to them. Ever since the creation of the world, his invisible attributes of eternal power and divinity have been able to be understood and perceived in what he has made. (Rom 1:19-20) 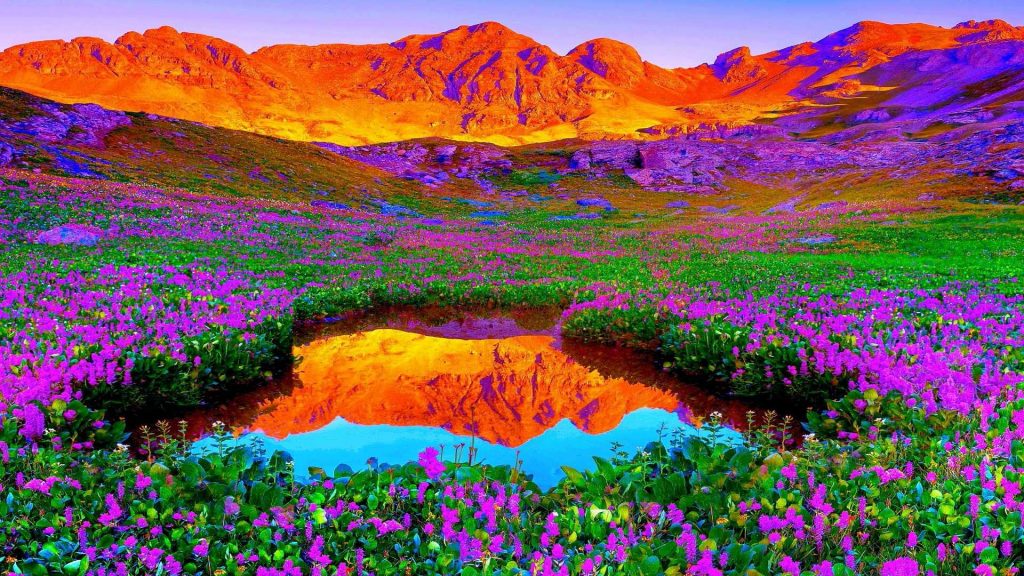 This is precisely why, since the dawn of creation, mankind has had religious tendencies: he perceives in creation and within himself the handiwork of One greater than himself; he is capable of coming to a certain knowledge of God through“converging and convincing arguments.”[4] Thus, taught Pope Pius XII:

…human reason by its own natural force and light can arrive at a true and certain knowledge of the one personal God, Who by His providence watches over and governs the world, and also of the natural law, which the Creator has written in our hearts… —Humani Generis, Encyclical; n. 2;vatican.va

Those who, through no fault of their own, do not know the Gospel of Christ or his Church, but who nevertheless seek God with a sincere heart, and, moved by grace, try in their actions to do his will as they know it through the dictates of their conscience—those too may achieve eternal salvation. —Catechism of the Catholic Church, n. 847

Jesus said, “I am the truth.” In other words, salvation remains open to those who try to follow truth, to follow Jesus, without knowing Him by name.

But isn’t this contrary to Christ’s own words that one must be baptized in order to be saved? No, precisely because one cannot be charged with refusal to believe in Christ if they’ve never been given the chance to; one cannot be condemned for refusing Baptism if they were never aware of the “living waters” of salvation to begin with. What the Church is saying essentially is that “invincible ignorance” of Christ and the Scriptures does not necessarily mean complete ignorance of a personal God or the demands of the natural law written within one’s heart. Hence:

Every man who is ignorant of the Gospel of Christ and of his Church, but seeks the truth and does the will of God in accordance with his understanding of it, can be saved. It may be supposed that such persons would have desired Baptism explicitly if they had known its necessity. —Catechism of the Catholic Church, n. 1260

The Catechism does not say “will be saved,” but can be. Jesus suggests as much when, in his teaching on the Final Judgment, He says to the saved: 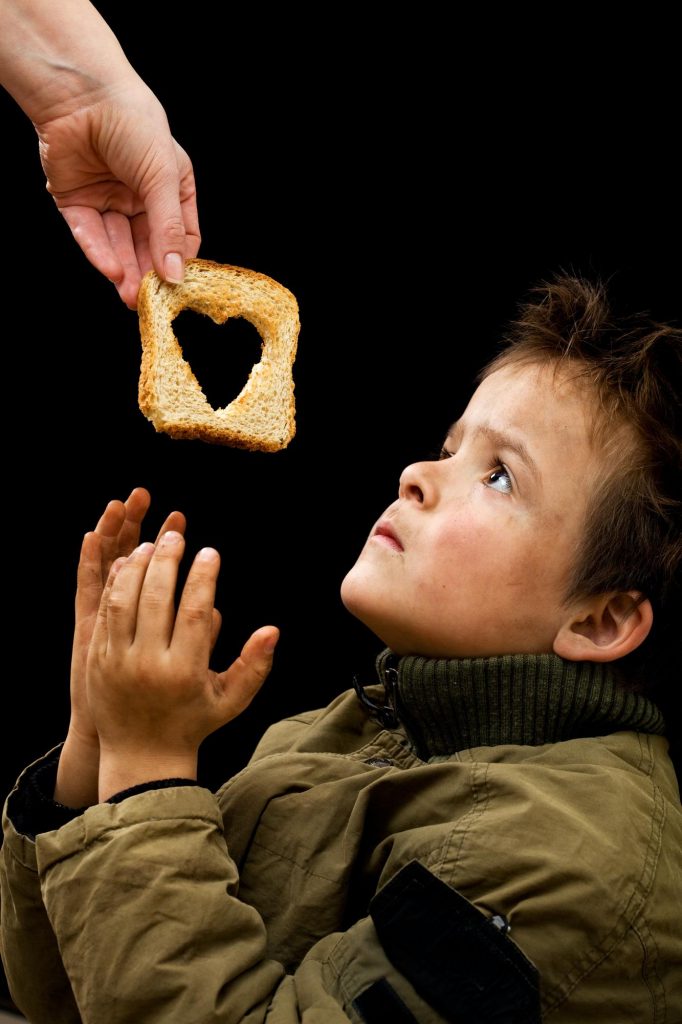 I was hungry and you gave me food, I was thirsty and you gave me drink, a stranger and you welcomed me, naked and you clothed me, ill and you cared for me, in prison and you visited me.’ Then the righteous will answer him and say, ‘Lord, when did we see you hungry and feed you, or thirsty and give you drink? When did we see you a stranger and welcome you, or naked and clothe you? When did we see you ill or in prison, and visit you?’ And the king will say to them in reply, ‘Amen, I say to you, whatever you did for one of these least brothers of mine, you did for me. (Matt 25:35-40)

God is love, and those who follow the law of love are, to one degree or another, following God. For them, “love covers a multitude of sins.” [5]

By no means does this absolve the Church of preaching the Gospel to the nations. For human reason, though capable of perceiving God, has been darkened by original sin, which is the “deprivation of original holiness and justice” that man had before the fall. [6] As such, our wounded nature is “inclined to evil” giving rise to “serious errors in the areas of education, politics, social action and morals.”[7] Thus, the perennial warning of Our Lord rings like a clarion call to the Church’s missionary vocation:

Moreover, we should not assume because someone does selfless acts of charity that sin does not have a grip on their lives elsewhere. “Do not judge by appearances…” Christ warned[8]—and this includes “canonizing” people whom we really don’t know. God is the final Judge of who, and who is not saved. Besides, if it is hard for us as Catholics who are baptized, confirmed, confessed, and blessed to deny our flesh…  how much more the one who has not received such graces? Indeed, speaking of those who are not yet joined to the visible Body of the Catholic Church, Pius XII states:

…they cannot be sure of their salvation. For even though by an unconscious desire and longing they have a certain relationship with the Mystical Body of the Redeemer, they still remain deprived of those many heavenly gifts and helps which can only be enjoyed in the Catholic Church. —Mystici Corporis, n. 103; vatican.va

The fact is that there is no way for man to rise above his fallen state, save by the grace of God. There is no way to the Father except through Jesus Christ. This is the heart of the greatest love story ever told: God did not abandon mankind to death and destruction but, through the death and resurrection of Jesus (ie. faith in Him) and the power of the Holy Spirit, we can not only put to death the works of the flesh but come to share in His divinity.[9] But, says St. Paul, “how can they call on him in whom they have not believed? And how can they believe in him of whom they have not heard? And how can they hear without someone to preach?” [10]

Although in ways known to himself God can lead those who, through no fault of their own, are ignorant of the Gospel, to that faith without which it is impossible to please him, the Church still has the obligation and also the sacred right to evangelize all men.—Catechism of the Catholic Church, n. 848

For salvation, ultimately, is a gift.

But it must not be thought that any kind of desire of entering the Church suffices that one may be saved. It is necessary that the desire by which one is related to the Church be animated by perfect charity. Nor can an implicit desire produce its effect, unless a person has supernatural faith: “For he who comes to God must believe that God exists and is a rewarder of those who seek Him”(Hebrew 11:6). —The Congregation for the Doctrine of the Faith, in a letter of August 8, 1949, by direction of Pope Pius XII; catholic.com

Mark is coming to Arlington, Texas in November 2019! 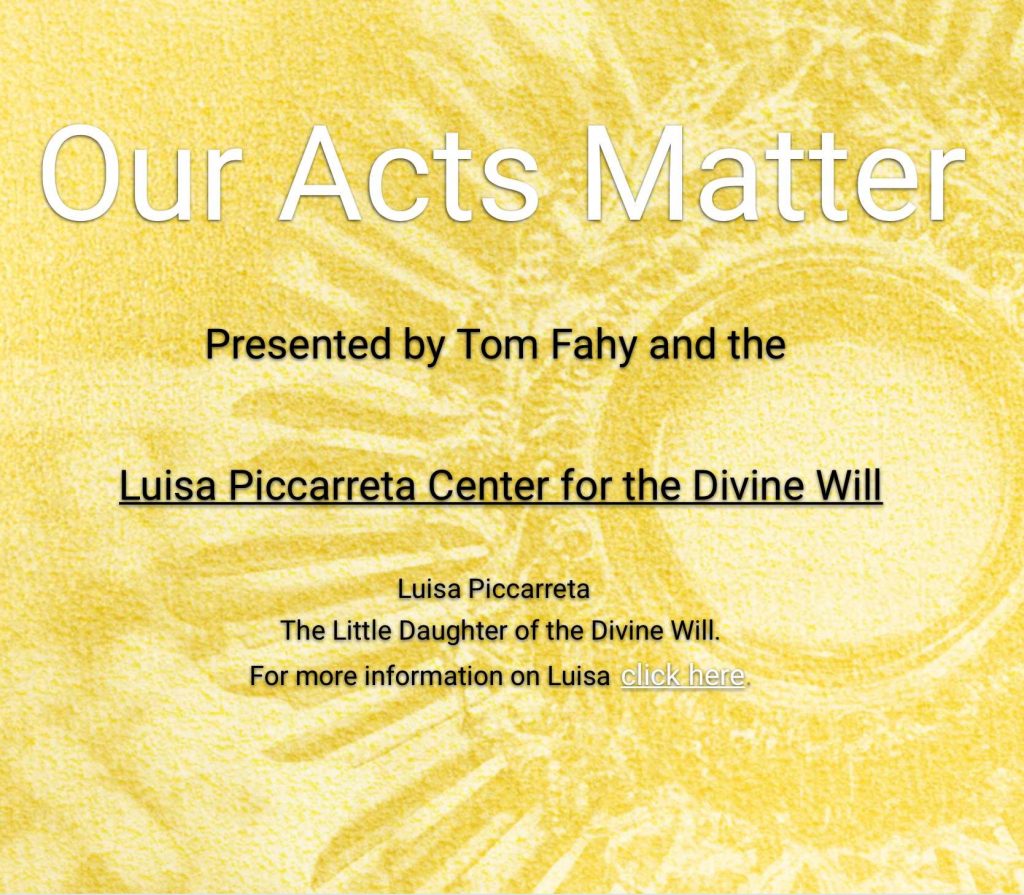