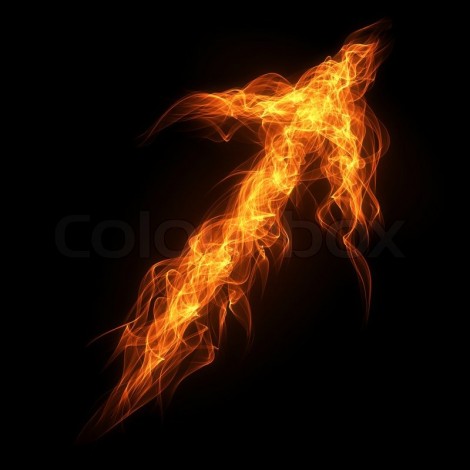 DURING one Mass, I was attacked by the “accuser of the brethren” (Rev 12:10). The entire Liturgy rolled by and I had barely been able to absorb a word as I wrestled against the discouragement of the enemy. I began my morning prayer, and the (convincing) lies intensified, so much so, I could do nothing but pray aloud, my mind completely under siege.

In between reading the Psalms, I cried out to God to help me, when suddenly a burst of Understanding pierced the darkness:

You are suffering the mental anguish of the Passion.

Along with this Understanding came Counsel:

Unite this suffering with Christ’s for the sake of sinners who are on their way to damnation.

And so I prayed, “I offer up the suffering of these attacks and temptations for the sake of those about to lose their eternal souls to the fires of hell. Every fiery dart thrown at me, I in turn offer that a soul may be saved!”

Immediately, I could tangibly feel the attacks stop; and there was an instant peace like the rays of the sun breaking through a rainy day. A few minutes later, the temptations returned, so I eagerly offered them up again. That’s when the temptations finally ceased.

When I came home, this email was awaiting me, sent in by a reader:

Are you beset with discouragement? Then wield it like a sword. Are you tortured in conscience? Then swing it like a club. Are you burning with passions, lusts, and fiery cravings? Then send them like arrows into the enemy’s camp. When you are assailed, plunge yourself deep into the wounds of Christ, and let Him transform your weakness into strength.

One night when he was disturbed more than usual, the priest said, “My God, I willingly make to You the sacrifice of a few hours’ sleep for the conversion of sinners.” Immediately, the demons vanished, and everything fell silent. —Manual for Spiritual Warfare, Paul Thigpen, p. 198; Tan Books

Suffering is a secret weapon. When united to Christ, it is a blade which severs the cords of slavery binding unknown brothers; it is a light sent to expose the darkness in the soul of a lost sister; it is a tidal wave of grace washing over some soul in the desert of sin… carrying that one away into a sea of Safety, an ocean of Mercy.

Oh how precious our suffering is! How often we waste it…

In my flesh I complete what is lacking in Christ’s afflictions for the sake of his body, that is, the Church. (Col 1:24)

Christ has taught man to do good by his suffering and to do good to those who suffer… This is the meaning of suffering, which is truly supernatural and at the same time human. It is supernaturalbecause it is rooted in the divine mystery of the Redemption of the world, and it is likewise deeplyhuman, because in it the person discovers himself, his own humanity, his own dignity, his own mission. We ask precisely you who are weak to become a source of strength for the Church and humanity. In the terrible battle between the forces of good and evil, revealed to our eyes by our modern world, may your suffering in union with the Cross of Christ be victorious! —POPE JOHN PAUL II, Salvifici Doloros; Apostolic Letter, February 11th, 1984