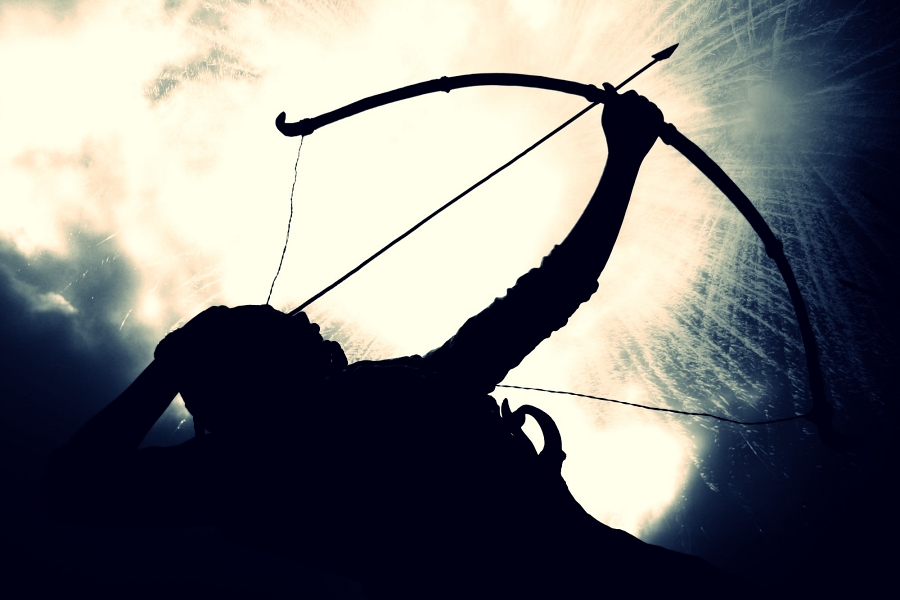 My time in Ottawa, Canada was powerful over the course of six evenings with hundreds of people attending from the area. I came without prepared talks or notes with only the desire to speak the “now word” to God’s children. Thanks in part to your prayers, many experienced Christ’s unconditional love and presence more deeply as their eyes were opened again to the power of the Sacraments and His Word. Among many of the lingering memories is a talk I gave to a group of junior high students. Afterward, one girl came up to me and said she was experiencing the Presence and healing of Jesus in a profound way… and then broke down and wept in my arms in front of her classmates.

The message of the Gospel is perennially good, always powerful, always relevant. The power of God’s love is always capable of piercing even the hardest of hearts. With that in mind, the following “now word” was on my heart all last week…

DURING the missions I gave in Ottawa last week, the image of an arrow was foremost in my mind. After my last two writings on being careful how we witness with our words, there were still a few comments from readers suggesting that I am promoting cowardly “silence” and “compromise” or that, with all the crises happening in the hierarchy, I’m living “in another world.” Well, to that last comment, I truly hope that I am living in another world—the realm of the Kingdom of Christ where love of God and neighbour is the rule of life. To live according to that rule is anything but cowardly…

For God did not give us a spirit of cowardice but rather of power and love and self-control. (2 Timothy 1:7)

It is precisely when one operates in that spirit that their witness has the capacity to conquer the world. [1]

In order for an arrow to fully reach its target, there are five elements required: the bow; the tip or arrowhead; the shaft; the fletching (which keeps the arrow straight in flight), and last, the nock (the notch that rests against the bowstring). 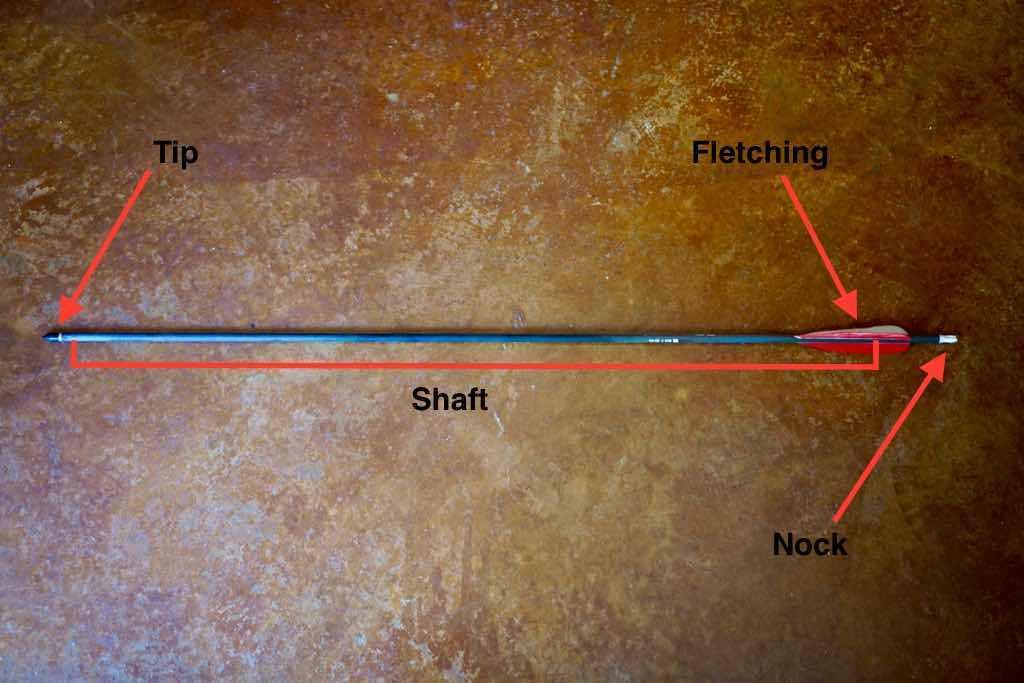 Jesus said, “the words that I speak to you I do not speak on my own. The Father who dwells in me is doing his works.”[2] It is the Father who speaks; Jesus who gives voice to that Word; and the Holy Spirit who carries it into the heart of the one for whom it was intended.

Therefore, think of the Archer as Jesus Christ. Indeed, the Book of Revelation describes Him as such:

I looked, and there was a white horse, and its rider had a bow. He was given a crown, and he rode forth victorious to further his victories. (Revelation 6:2)

He is Jesus Christ. The inspired evangelist [St. John] not only saw the devastation brought about by sin, war, hunger and death; he also saw, in the first place, the victory of Christ. —Address, November 15, 1946; footnote of The Navarre Bible, “Revelation”, p.70

The Bow is the Holy Spirit and the Arrow forms the Word of God. You and I are the bowstring, that part that must be docile and obedient, abandoned to the hand of the Divine Archer.

Now, an arrow without a strong shaft is not only incapable of direct flight but of the strength that would drive it into its target. If the shaft is weak, it will either break under stress or shatter when it hits its target. Truth is the shaft of the Divine Arrow. Authentic truth has been given to us by means of the natural law and the teachings of Christ in Scripture and Sacred Tradition. This is the unbreakable shaft that Christians are commanded to carry into the world. However, to ensure that the shaft is truly the Truth, it must be affixed to the fletching, that is, the Magisterium or teaching authority of the Church, which assures that the Truth never deviates to the right or left.

All that said, if the Truth does not have an arrowhead or tip, that is Love, then it remains a blunt object that, while capable of reaching its target, is unable to penetrate the heart of another. This is what I am referring to in my last two writings. To speak the truth in a way that contradicts charity and justice ends up bruising rather than piercing. It is Love that opens the heart of another for the shaft of Truth to penetrate.Brothers and sisters, we ought not question Our Lord in this regard:

And here is what the tip of Divine Love looks like:

Love never fails, that is, never fails to penetrate the heart of another because “God is love.” Now, whether or not that Love is received; whether or not the shaft of Truth finds good soil is another matter (see Luke 8:12-15). The Christian’s obligation ends, so to speak, at the free will of another. But how tragic if Christ’s arrows fail to even reach their target due to our own apathy, neglect, or sin. 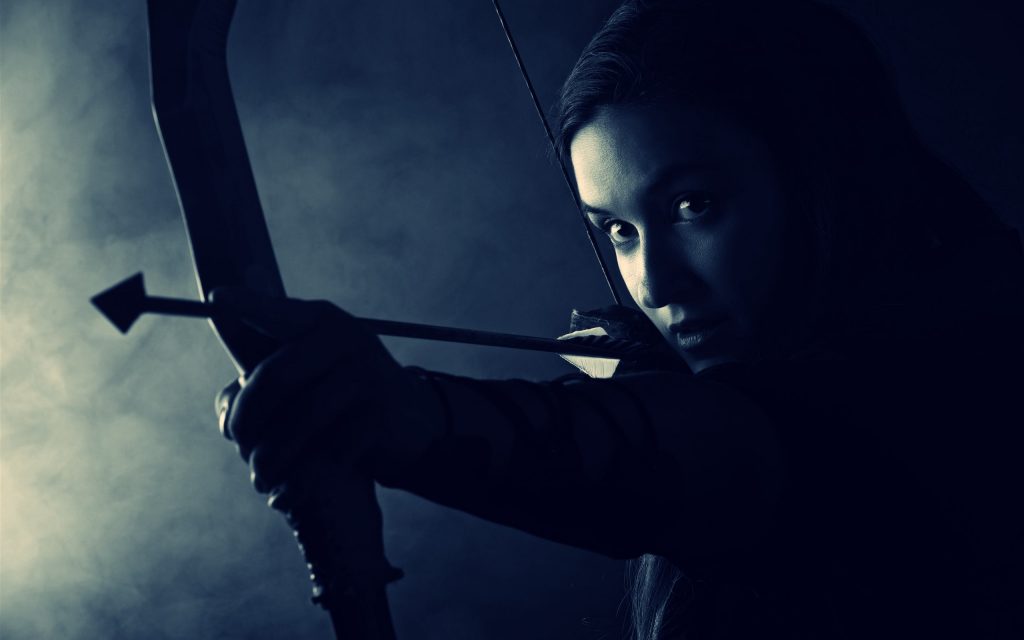 In Our Lady’s apparitions around the world, she calls Christians to become her “Apostles of Love” who are called to “defend the truth.” The Divine Arrow is not just charity. Christians cannot reduce their mission to simply being social workers. A shaftless arrow is equally incapable of piercing the heart of another without the force of that truth which “sets us free.”

Truth needs to be sought, found and expressed within the “economy” of charity, but charity in its turn needs to be understood, confirmed and practiced in the light of truth. In this way, not only do we do a service to charity enlightened by truth, but we also help give credibility to truth, demonstrating its persuasive and authenticating power in the practical setting of social living. This is a matter of no small account today, in a social and cultural context which relativizes truth, often paying little heed to it and showing increasing reluctance to acknowledge its existence. —POPE BENEDICT XVI, Caritas in Varitate, n. 2

Truth without love risks becoming “proselytism” as opposed to evangelization. Love is what leads, what cuts the air, what opens the other to the saving truth. Proselytism, on the other hand, is a blunt force that while winning an argument may fail to win a soul.

The Church does not engage in proselytism. Instead, she grows by “attraction”: just as Christ “draws all to himself” by the power of his love, culminating in the sacrifice of the Cross, so the Church fulfils her mission to the extent that, in union with Christ, she accomplishes every one of her works in spiritual and practical imitation of the love of her Lord. —BENEDICT XVI, Homily for the Opening of the Fifth General Conference of the Latin American and Caribbean Bishops, May 13th, 2007; vatican.va

DANGEROUS TIMES… A CALL FOR THE COURAGEOUS

Brothers and sisters, we are living in dangerous times. On the one hand, a “state-sponsored” totalitarian spirit is rapidly spreading that seeks to silence the Church with a progressive agenda that is rightfully called “antichrist.” On the other hand, there is a false church 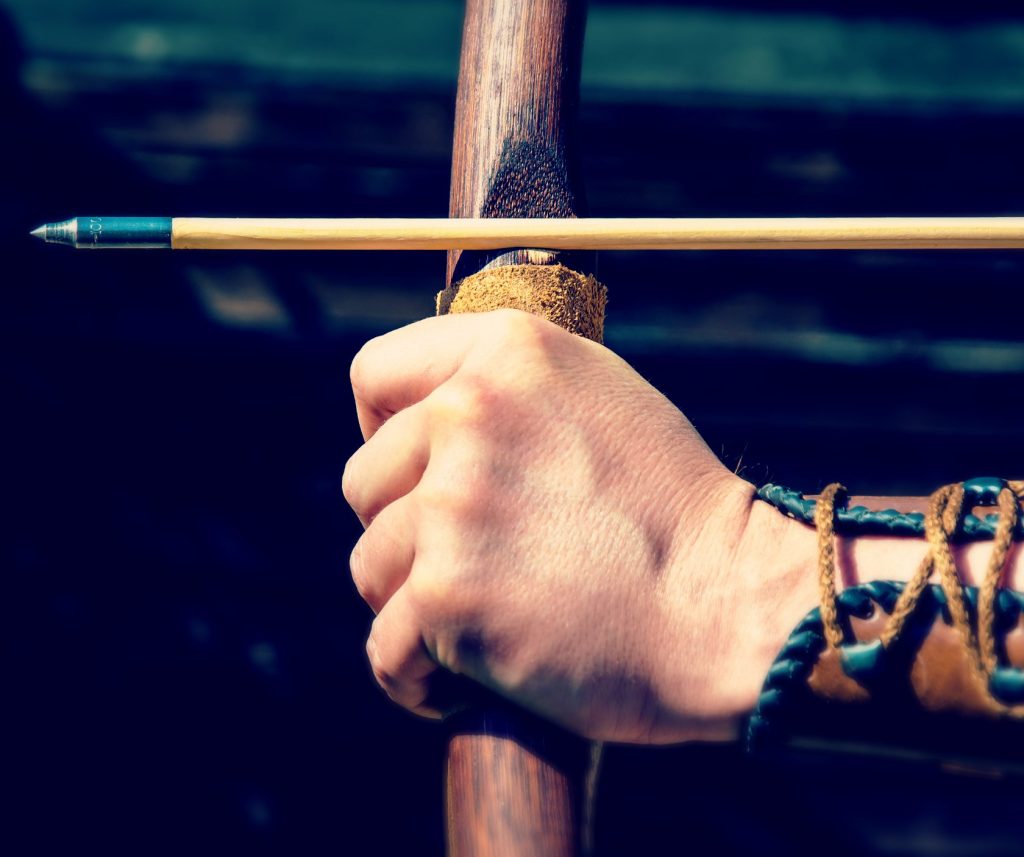 rising from within the Catholic Church that is rightfully called an “antichurch” promoting an “antigospel.” As St. Paul warned:

I know that after my departure savage wolves will come among you, and they will not spare the flock. (Acts 20:29)

We are now standing in the face of the greatest historical confrontation humanity has ever experienced. We are now facing the final confrontation between the Church and the anti-church, between the Gospel and the anti-gospel, between Christ and the antichrist. —Careinal Karol Wojtyla (POPE JOHN PAUL II) Eucharistic Congress for the bicentennial celebration of the signing of the Declaration of Independence, Philadelphia, PA, 1976; cf. Catholic Online

How do we face this “final confrontation” then? By permitting the Rider upon the White Horse to use us to fire His Divine Arrows into the world.

[St. John] says that he saw a white horse, and a crowned horseman having a bow… He sent the Holy Spirit, whose words the preachers sent forth as arrows reaching to the human heart, that they might overcome unbelief. — St. Victorinus, Commentary on the Apocalypse, Ch. 6:1-2

The question is, will we allow the nock of the Divine Will to press against us? Or are we cowards afraid to speak the truth? On the other hand, are we too worldly, proud or quick-tempered for love to guide our every thought, word, and deed? Do we ultimately doubt the effectiveness of God’s Word, of both truth and love, and instead take matters into our own hands?

Speak the truth in love. It is both.

The Black Ship – Part I and Part II

On Criticizing the Clergy