LIKE it’s happened in the past, I felt called by Our Lord to go and pray before the Blessed Sacrament. It was intense, deep, sorrowful… I sensed the Lord had a word this time, not for me, but for you… for the Church. After giving it to my spiritual director, I share it now with you…

Children of My Heart, it is the Last Hour. As the last tears of My Mercy fall upon the earth, the new tears of My Justice begin to fall. They are both tears proceeding from My Sacred Heart, a Heart of Love. The first tears [of Mercy] call you back to Myself to purify you in My love; the second tears [of Justice] fall so as to purify the earth, and restore it in My love.

And now the painful hour has come. My sons and daughters, do not bow your heads in fear, but in courage and joy, stand up and declare that you are children of the Most High. Pick up your cross and follow Me into the Glory of Eternal Life… for your resurrection comes.

The tears of Justice now begin to fall, and each one will cause the earth to shake and strongholds to tremble. Jesus Christ, the True and Faithful One, comes riding upon the White Horse of Justice. Can you not hear its hooves, already shaking the earth? Beloved—do not be afraid, but raise your eyes to the skies and watch for Him who comes to strengthen you, for the hour of your Passion has come. And I will be with you; you will know and feel My presence. I will be with you. I will be with you.

My children, prepare, for the hour of the Antichrist has come, and his moment will burst upon the world like a thief in the night. Remember, children, that Satan is a liar and a murderer from the beginning. Thus, the son of perdition, the true son of Satan, will copy his unholy father. He will lie at first, and then become the murderer he truly is. For your part, I will keep you safe in the Refuge of My Sacred Heart. That is, safe from his lies. You will know the truth, and thus, you will know the way to go. And he will persecute you. But I will raise you up on the last Day, while the son of perdition will be cast into the depths of the lake of fire.

And know this: time is so very short, that even some of you who watch and pray will be taken by surprise. Thus, I call you again to join your heart and hands with My Mother. That is, to listen to her words and direction, and second, to pray the Most Holy Rosary that I have given you through her as a signal grace and weapon for these days. You cannot even begin to understand the power, grace, and protection I afford you through this most holy prayer, precisely because it emerges as a living flame bursting from her Immaculate Heart, leaping into the flames of My Sacred Heart.

Lastly, My children, you must come out of Bablyon. You must be done with all her ways. You must cast off her chains and break her snares. In this way, I will be able to accomplish through you all I have planned from the beginning of time. —May 18th, 2012

END OF AN AGE

thus, shares the glory of the Resurrection.

The time is here, my brothers and sisters. 2000 years of Christianity are culminating in what John Paul II called “the final confrontation between the Church and the anti-church, the Gospel and the anti-gospel” …the woman vs the dragon, the Church vs. the Beast, Christ vs. the Antichrist. [1] It is, according to the Church Fathers, not the end of the world, but the end of the age when Satan will be defeated and the Church will rise again to a new Era of Peace throughout all the nations. [2] It is not the Final Coming of Jesus at the end of time, [3] but a coming manifestation of His power and Spirit as a sign, warning, and grace [4] that the “last Day” has come… [5] that last age of the world. [6]

WHEN THE WATCHMEN ARE WEEPING

I am hearing it from several watchmen throughout the world: there is a deep grief in their souls as well, an abiding sorrow beneath the 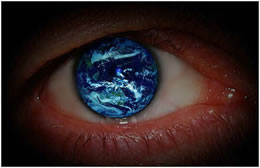 facade of daily life. [7] It is because the time of this particular watching is coming to a close; the time of warnings are soon to expire; [8] the last trumpet blasts to wake up a sleeping Church and a comatose world are now being sounded. There is something coming upon the world very soon.

I want to repeat this with all the force of my mission and baptismal participation in the prophetic office of Christ:

Something is coming upon the world very soon.

Jesus has shown to me over and over again the past seven years that a Great Storm is coming—like a hurricane. [9] It is the definitive opening of the Seals of Revelation. [10]“First the economy…” I sensed Our Blessed Mother 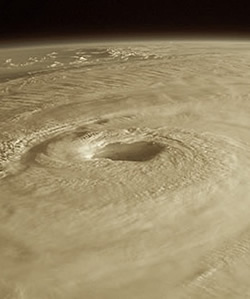 It is a Storm the world has never seen, nor will ever see again. It is the uprising of Satanic forces against the universal Church; [12]  it is the revolt of the earth, groaning under the weight of sin; [13] it is the glorious moment of the Church’s passion when she will follow her Lord—the body following the Head—through her own crucifixion and resurrection. [14] She will triumph in the end. [15]

The Last Hour is here. The last seconds of preparation. [16] Kindle your hearts, brothers and sisters, with the flame of desire and love. [17] Throw yourself, O wretched sinner that you may be, upon the feet of Him who is Love. [18] Do not delay any longer.

Do not delay your repentance any longer.

Say to the LORD, “My refuge and fortress,

my God in whom I trust.”

He will rescue you from the fowler’s snare,

from the destroying plague,

He will shelter you with his pinions,

and under his wings you may take refuge;

his faithfulness is a protecting shield.

You shall not fear the terror of the night

nor the arrow that flies by day,

Nor the pestilence that roams in darkness,

nor the plague that ravages at noon.

Though a thousand fall at your side,

ten thousand at your right hand,

near you it shall not come.

the punishment of the wicked you will see.

Because you have the LORD for your refuge

and have made the Most High your stronghold,

No evil shall befall you,

no affliction come near your tent.

For he commands his angels with regard to you,

to guard you wherever you go.

With their hands they shall support you,

lest you strike your foot against a stone.

You can tread upon the asp and the viper,

trample the lion and the dragon.

Because he clings to me I will deliver him;

because he knows my name I will set him on high. (Psalm 91)

THE WATCHMEN ARE WEEPING

…because the Last Hour is here.