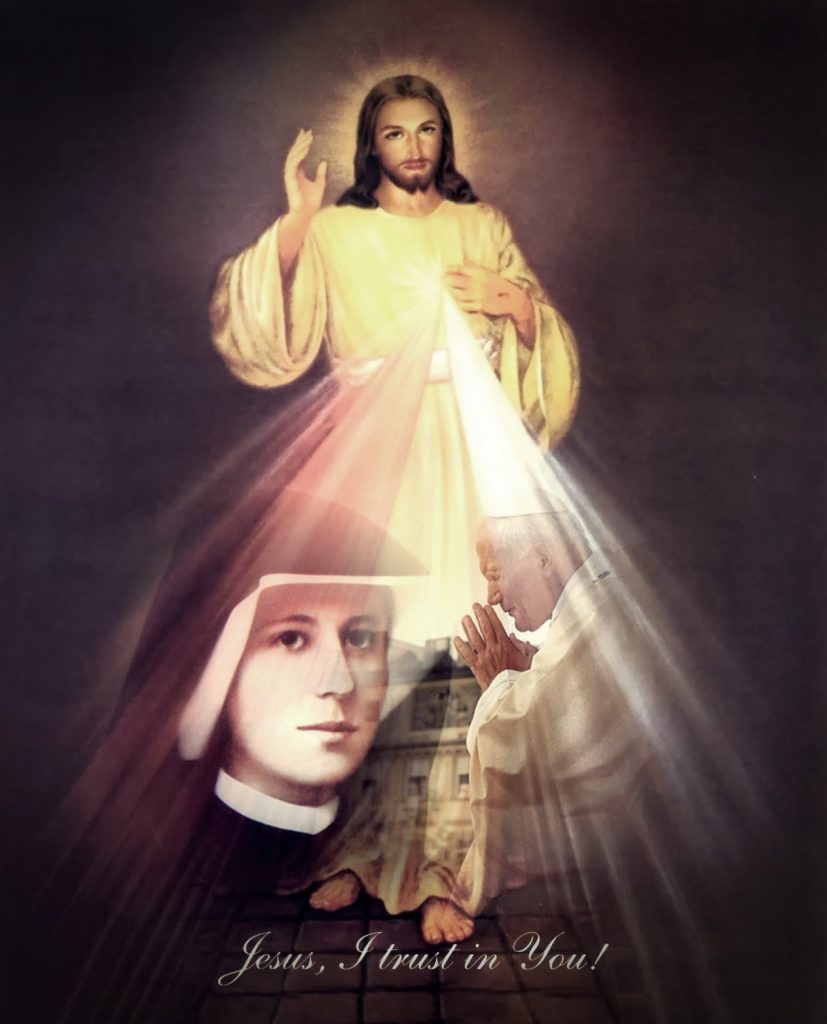 THIS Sunday, the eighth day in the Octave of Easter, is Divine Mercy Sunday. It is a day that Jesus promised to pour out immeasurable graces to the degree that, for some, it is “the last hope of salvation.” Still, many Catholics have no idea what this feast is or never hear about it from the pulpit. As you’ll see, this is no ordinary day…

I am giving them the last hope of salvation; that is, the Feast of My Mercy.  If they will not adore My mercy, they will perish for all eternity… tell souls about this great mercy of Mine, because the awful day, the day of My justice, is near. —Divine Mercy in My Soul, Diary of St. Faustina, n. 965

The “last hope of salvation”? One might be tempted to dismiss this along with other dramatic private revelation—except for the fact it was Pope St. John Paul II who inaugurated the Sunday after Easter to be Divine Mercy Sunday, according to this prophetic revelation. (See Part II for a complete understanding of Diary entry 965, which does not, of course, restrict salvation to Divine Mercy Sunday.)

Consider these other facts:

Right from the beginning of my ministry in St. Peter’s See in Rome, I consider this message [of Divine Mercy] my special task. Providence has assigned it to me in the present situation of man, the Church and the world. It could be said that precisely this situation assigned that message to me as my task before God.  —November 22, 1981 at the Shrine of Merciful Love in Collevalenza, Italy

The message of Divine Mercy has always been near and dear to me… [it] forms the image of this pontificate.

Forms the image of his pontificate! And it was spoken at the tomb of St. Faustina, whom Jesus called His “Secretary of Divine Mercy.” It was also John Paul II who canonized Faustina 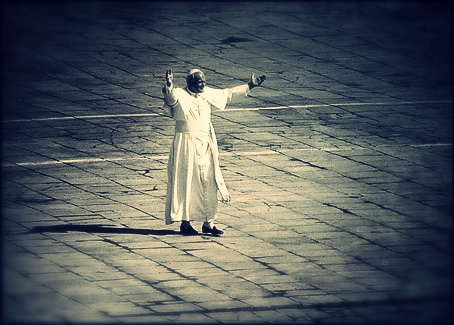 Kowalska in the year 2000. In his homily, he linked the future to her message of mercy:

What will the years ahead bring us? What will man’s future on earth be like? We are not given to know. However, it is certain that in addition to new progress there will unfortunately be no lack of painful experiences. But the light of divine mercy, which the Lord in a way wished to return to the world through Sr. Faustina’s charism, will illumine the way for the men and women of the third millennium. —ST. JOHN PAUL II, Homily, April 30th, 2000

The other title I considered for this article was “When God Hits Us On the Head With a Hammer (or Mallett).” How can the significance of this special solemnity escape us when we consider these facts? How can bishops and priests fail to preach, then, the message of Divine Mercy, which the Pope considered his “task before God,” [1] and therefore, the shared-task of all those in communion with him?

AN OCEAN OF PROMISES

I desire that the Feast of Mercy be a refuge and shelter for all souls, and especially for poor sinners. On that day the very depths of My tender mercy are open. I pour out a whole ocean of graces upon those souls who approach the fount of My mercy. The soul that will go to Confession and receive Holy Communion shall obtain complete forgiveness of sins and punishment. —Divine Mercy in My Soul, Diary of St. Faustina, n. 699

Some pastors ignore this feast because “there are other days, such as Good Friday, when God remits sins and punishment under similar conditions.” That is true. But that’s not all Christ said of Divine Mercy Sunday. On that day, Jesus is promising to “pour out a whole ocean of graces.”

On that day all the divine floodgates through which grace flow are opened. —Ibid.

What Jesus is offering is not just forgiveness, but incomprehensible graces to heal, deliver, and strengthen the soul. I say incomprehensible, because this devotion has a special purpose. Jesus said to St. Faustina:

You will prepare the world for My final coming. —Ibid. n. 429

If that is so, then this opportunity for grace has paramount significance for the Church and for the world. John Paul II must have thought so since, in 2002 at the Divine Mercy Basilica in Cracow, Poland, he quoted this 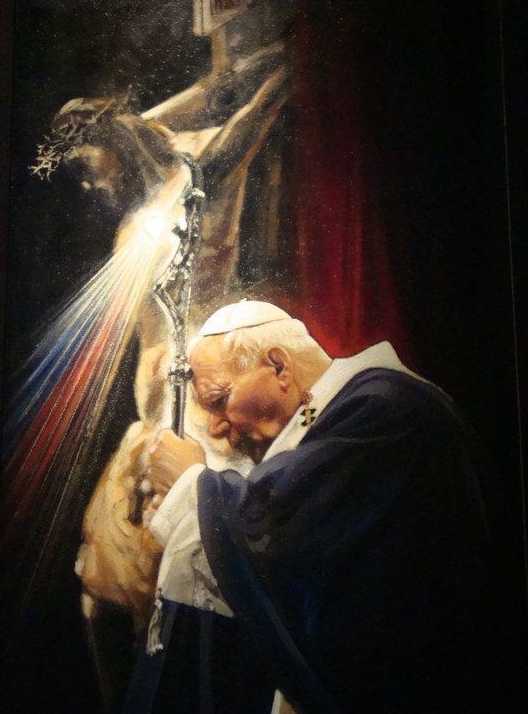 very theme directly from the diary:

From here there must go forth ‘the spark which will prepare the world for [Jesus’] final coming‘ (Diary, 1732). This spark needs to be lighted by the grace of God. This fire of mercy needs to be passed on to the world. —ST. JOHN PAUL II, Consecration of the Divine Mercy Basilica, preface in leatherbound diary, Divine Mercy in My Soul, St. Michel Print, 2008

This reminds me of the promises of Our Lady to bring about the Flame of Love, which is mercy itself. [2] Indeed, there is a certain urgency when Jesus says to Faustina:

Secretary of My mercy, write, tell souls about this great mercy of Mine, because the awful day, the day of my justice, is near.—Ibid. n. 965

This is all to say that Divine Mercy Sunday is, for some, “the last hope of salvation”because it is on this day that they receive the graces necessary for final perseverance, in these times, that they might not otherwise seek out.

THE TIME OF MERCY

The Blessed Virgin Mary appeared to three children in Fatima, Portugal in 1917. In one of her apparitions, the children witnessed an angel hovering above the world about to 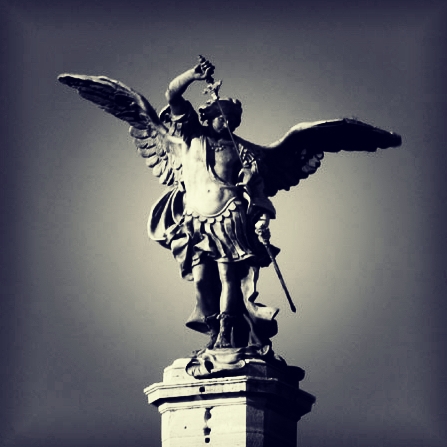 strike the earth with a flaming sword. But a light emanating from Mary stopped the angel, and justice was delayed. The Mother of Mercy was able to implore God to grant the world a “time of mercy.” [3]

We know this because Jesus appeared a short time later to a Polish nun named Faustina Kowalska to “officially” announce this time of mercy.

I saw the Lord Jesus, like a king in great majesty, looking down upon our earth with great severity; but because of His Mother’s intercession He prolonged the time of His mercy… —Divine Mercy in My Soul, Diary, n. 126I, 1160

I am prolonging the time of mercy for the sake of [sinners]. But woe to them if they do not recognize this time of My visitation… Before the Day of Justice, I am sending the Day of Mercy… —Ibid.  n. 1160, 1588.

Pope Francis recently commented on this time of mercy, and the need for the priesthood to enter into it with all their beings:

…in this, our time, which is indeed the time of mercy… It is up to us, as ministers of the Church, to keep this message alive, above all in preaching and in our gestures, in signs and in pastoral choices, such as the decision to restore priority to the Sacrament of Reconciliation, and at the same time to works of mercy. —Message to Roman priests, March 6th, 2014; CNA

A year later, he added an exclamation mark:

Christ’s words to St. Faustina indicate the proximate times we are living in, as foretold in Scripture:

Before the day of the Lord comes, the great and manifest day… it shall be that whoever calls on the name of the Lord shall be saved. (Acts 2:20-21) 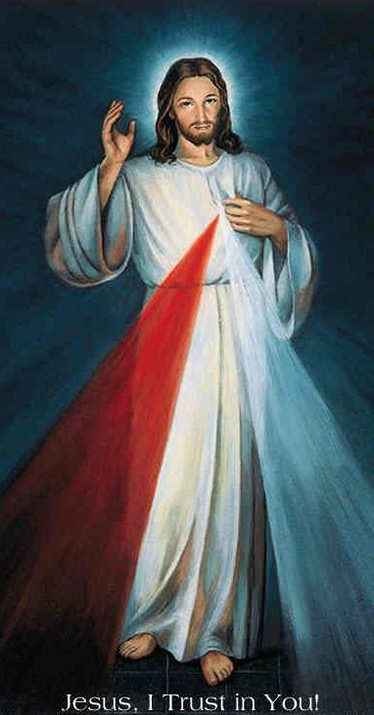 He made it very simple:

I am offering people a vessel with which they are to keep coming for graces to the fountain of mercy. That vessel is this image with the signature: “Jesus, I trust in You.” —Ibid. n. 327

In a way, you can reduce the whole of Catholicism—all our canon laws, papal documents, treatises, exhortations, and bulls—down to those five words: Jesus, I trust in You. Divine Mercy Sunday is just another way of entering into that faith, without which we cannot be saved.

Without faith it is impossible to please him. For whoever would draw near to God must believe that he exists and that he rewards those who seek him. (Hebrews 11:6)

As I wrote in Prophetic Perspective, God is patient, allowing His plan to come to fruition, even over the course of many generations. However, this does not mean His plan cannot enter its next phase at any moment. The signs of the times tell us that it could be “soon.”

TODAY IS THE DAY

“Today is the day of salvation,” say the Scriptures. And Divine Mercy Sunday is a Day of Mercy. It was asked for by Jesus, and made so by John Paul the Great. We should be shouting this to the world, for an ocean of graces is to be poured out. This is what Christ promised on that special day:

I want to grant a complete pardon to the souls that will go to Confession and receive Holy Communion on the Feast of My mercy. —Ibid. n. 1109

And so, the Holy Father has granted a plenary indulgence (“complete pardon” of all sins and temporal punishment) under the following conditions:

…a plenary indulgence [will be] granted under the usual conditions (sacramental confession, Eucharistic communion and prayer for the intentions of Supreme Pontiff) to the faithful who, on the Second Sunday of Easter or Divine Mercy Sunday, in any church or chapel, in a spirit that is completely detached from the affection for a sin, even a venial sin, take part in the prayers and devotions held in honour of Divine Mercy, or who, in the presence of the Blessed Sacrament exposed or reserved in the tabernacle, recite the Our Father and the Creed, adding a devout prayer to the merciful Lord Jesus (e.g. “Merciful Jesus, I trust in you!”) —Apostolic Penitentiary Decree,Indulgences attached to devotions in honour of Divine Mercy; Archbishop Luigi De Magistris, Tit. Archbishop of Nova Major Pro-Penitentiary;

The question many of us have this time year is, how many more Divine Mercy Sundays remain?

Dear children! This is a time of grace, a time of mercy for each of you. —Our Lady of Medjugorje, allegedly to Marija, April 25th, 2019

Opening Wide the Doors of Mercy

The Doors of Faustina

Faustina, and the Day of the Lord

Fatima, and the Great Shaking

Would you consider making a monthly donation to Mark’s ministry? 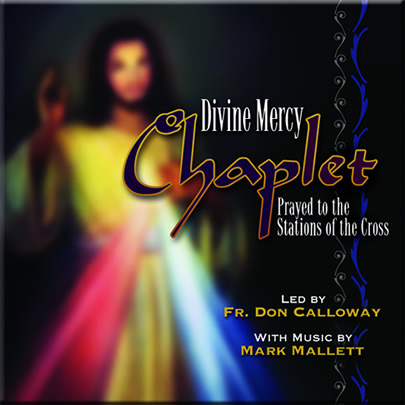 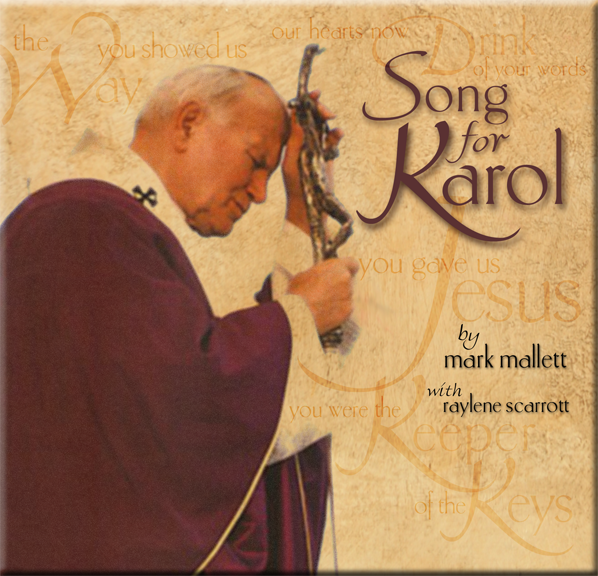