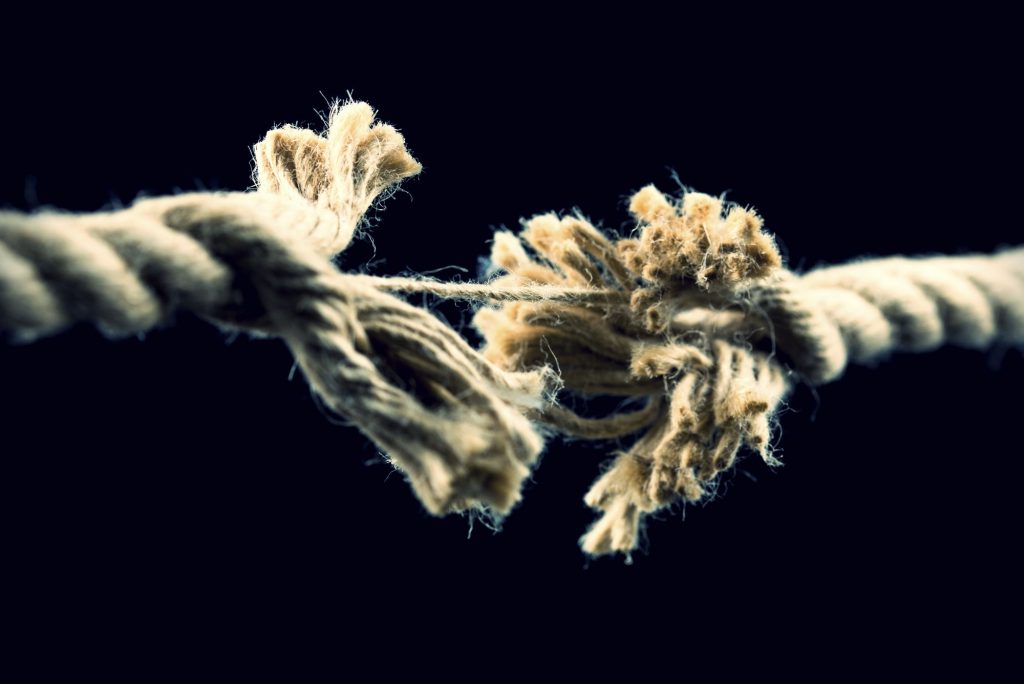 IF the world is Hanging by a Thread, it is the strong thread of Divine Mercy—such is the love of God for this poor humanity.

I do not want to punish aching mankind, but I desire to heal it, pressing it to My Merciful Heart. I use punishment when they themselves force Me to do so; My hand is reluctant to take hold of the sword of justice. Before the Day of Justice I am sending the Day of Mercy.  —Jesus to St. Faustina, Divine Mercy in My Soul, Diary, n. 1588

In those tender words, we hear the interweaving of God’s mercy with His justice. It is never one without the other. For justice is God’s love expressed in a divine order that holds the cosmos together by laws—whether they are laws of nature, or laws of “the heart”. So whether one sows seed into the ground, love into the heart, or sin into the soul, one will always reap what he sows. That is a perennial truth that transcends all religions and times… and is being played out dramatically on 24 hour cable news.

OF TRUTH AND WAR

As we recall from the vision of the seers of Fatima, it was the Blessed Mother who intervened shortly before World War II, stopping an angel with a “flaming sword” from striking the earth.

…at the left of Our Lady and a little above, we saw an Angel with a flaming sword in his left hand; flashing, it gave out flames that looked as though they would set the world on fire; but they died out in contact with the splendour that Our Lady radiated towards him from her right hand: pointing to the earth with his right hand, the Angel cried out in a loud voice: ‘Penance, Penance, Penance!’—Sr. Lucia of Fatima, July 13th, 1917

With that, the world entered into a period of grace, a “time of mercy.”

I saw the Lord Jesus, like a king in great majesty, looking down upon our earth with great severity; but because of His Mother’s intercession He prolonged the time of His mercy…the Lord answered me, “I am prolonging the time of mercy for the sake of [sinners]. But woe to them if they do not recognize this time of My visitation.” —Jesus to St. Faustina, Divine Mercy in My Soul, Diary, n. 126I, 1160; d. 1937

When Jesus speaks of the “sword of justice”, biblically, the “sword” refers to war. What then would be the “sword of justice”? When one considers the worldwide holocaust of abortion alone, where hundreds of millions of babies have been killed in the womb—often in the most brutal fashion—it is plain to see that mankind has sown a whirlwind since 1917 (see A Time to Weep). For as Pope Francis affirmed recently in an interview, abortion is the “murder of an innocent person.” [1]

When they sow the wind, they will reap the whirlwind… (Hosea 8:7)

Now, a hundred years after Fatima, this observation is more true by the hour…

The angel with the flaming sword on the left of the Mother of God recalls similar images in the Book of Revelation. This represents the threat of judgment which looms over the world. Today the prospect that the world might be reduced to ashes by a sea of fire no longer seems pure fantasy: man himself, with his inventions, has forged the flaming sword. —Cardinal Joseph Ratzinger (POPE BENEDICT XVI), The Message of Fatima, from the Vatican’s website

In words given to an alleged American seer, Jesus said:

My people, the sin in this world is so grave that the earth is showing you the signs of the depth of your sins for, as I have told you, there will be storm after storm and earthquake after earthquake, great disease and famine. There is also the spiritual test taking place for, you see, even My chosen sons are at war with each other and My Church is undergoing a great purification. You see the greatest sin of all is the rejection of My creation, My plan, through abortion, and the world will be purified for the greater survival of humanity. —to Jennifer, January 8th, 2004; wordsfromjesus.com

If justice reveals the mind of God, it is mercy that reveals His heart. And that is the reason that, today, the sun has risen again, babies are being born, couples are being wed, and life continues to flourish, despite the overall groaning of creation.

The steadfast love of the Lord never ceases, his mercies never come to an end; they are new every morning; great is thy faithfulness. (Lam 3:22-23)

God is love. Even His justice is an expression of pure love. For He “wills everyone to be saved and to come to knowledge of the truth.” [2] That is why, when we expect that the Lord would punish us, He conquers us, instead, with His 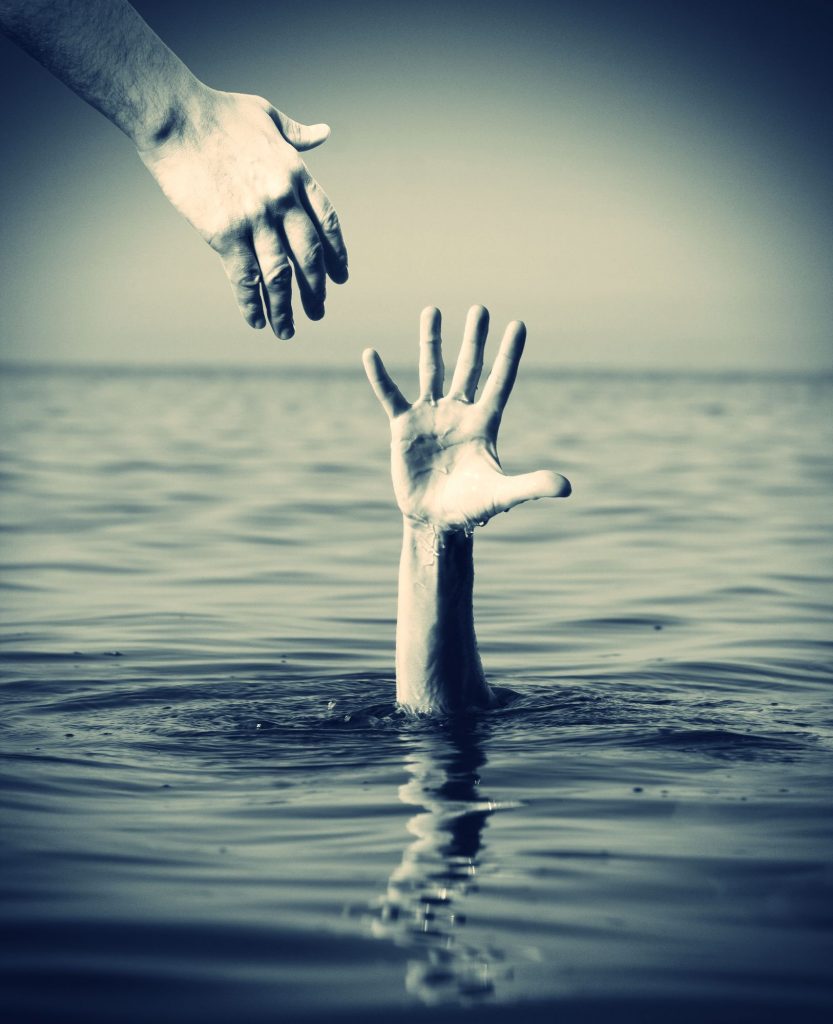 mercy. In my own life, I have experienced this mercy most tenderly, most unexpectedly, when I thought I deserved it least. Like the prodigal son, who was kissed and embraced while covered in the pig slop of his sin… or like crooked Zacchaeus, whom Jesus asked to dine with… or like the thief on the cross, who was embraced that day in Paradise. Yes, when I felt I most deserved wrath, instead, I experienced The Surprise Arms or A Miracle of Mercy.

As I look at the world today, I see the same wounded, hurting, lost individuals that I was and still can be. And I want them to be saved from their slavery. I want them to know Love Incarnate, Jesus Christ, who is our God, friend, and Mediator. How much more, then, does the Father Himself want to gather His children into His arms and simply tell them, “You are loved”? But how will the world hear that simple message if not for the voice of those souls who have already heard it, who have already encountered that love, and who have been transformed by it? That is the role of you and I at this hour.

…how can they believe in him of whom they have not heard? And how can they hear without someone to preach? …We are ambassadors for Christ, as if God were appealing through us. (Rom 10:14;2 Cor 5:20))

…because of the increase of evildoing, the love of many will grow cold. (Matt 24:12)

And thus, even against our will, the thought rises in the mind that now those days draw near of which Our Lord prophesied: “And because iniquity hath abounded, the charity of many shall grow cold”. —POPE PIUS XI, Miserentissimus Redemptor, Encyclical on Reparation to the Sacred Heart, n. 17 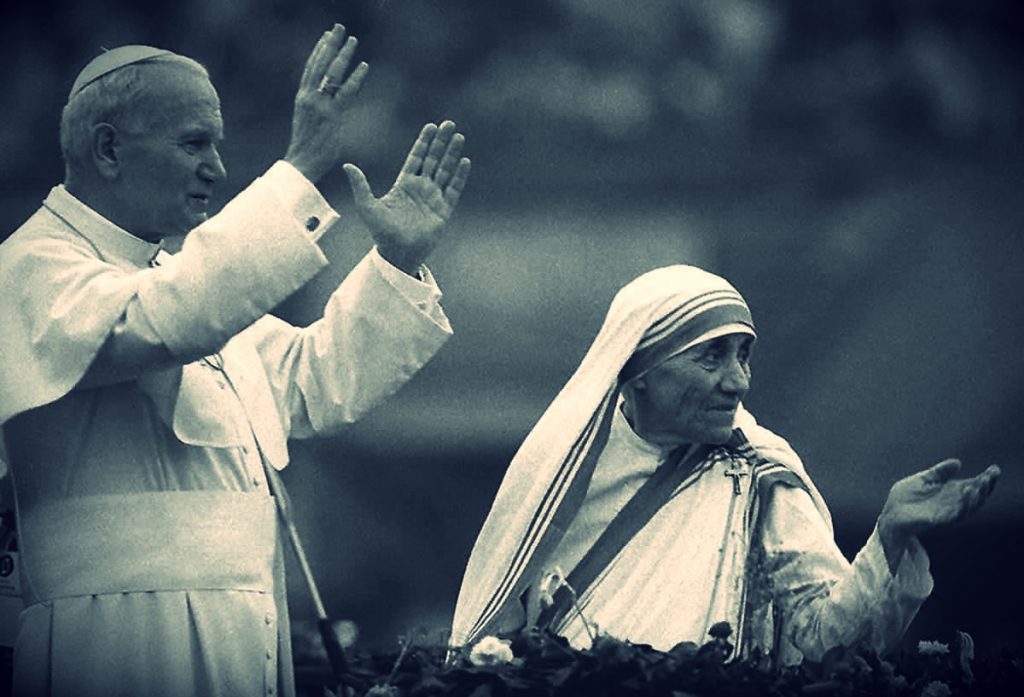 Christian love wherever we go. In that regard, we would do well to listen again to Paul VI:

This century thirsts for authenticity… People listen more willingly to witnesses than to teachers, and when people do listen to teachers, it is because they are witnesses… The world expects from us simplicity of life, the spirit of prayer, obedience, humility, detachment and self-sacrifice. —POPE PAUL VI, Evangelization in the Modern World, 22, 41, 76

And so, I feel the Holy Spirit pressing me, not only to live these truths to a far greater degree in my own life, but to help you, my readers, to also become more authentic, and thus, more powerful in your witness. And the reasons are twofold: not only to be a sign of contradiction to others in this “time of mercy”, but to also hasten the Reign of the Divine Will in the hearts of a faithful remnant so that His “will be done, on earth as it is in heaven.” [3]

Why not ask him to send us new witnesses of his presence today, in whom he himself will come to us? And this prayer, while it is not directly focused on the end of the world, is nevertheless a real prayer for his coming; it contains the full breadth of the prayer that he himself taught us: “Your kingdom come!” Come, Lord Jesus! —POPE BENEDICT XVI, Jesus of Nazareth, Holy Week: From the Entrance into Jerusalem to the Resurrection, p. 292, Ignatius Press